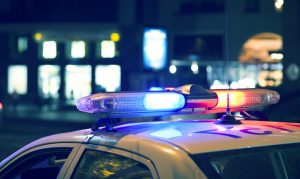 Inaction Can Be Just as Career-Threatening as Inappropriate Behavior

Last week, Philadelphia’s Police Commissioner, Richard Ross, resigned amidst allegations of sexual harassment by two female police officers. Ross, however, had just been lauded for his integral role in negotiations with a gunman who shot six police officers and barricaded himself inside a Philadelphia rowhouse near Temple’s campus for seven hours. Despite the praise Ross received for how he handled a situation that received national attention, he abruptly resigned the next week. What could cause someone seemingly excelling in their position to resign? An alleged failure to act.

This is not exactly the fact pattern we have been hearing so often; none of the allegations of harassment are directed at Ross. Rather, the allegations against Ross are not of salacious comments and improper propositions, but of what he did not do. Two female police officers alleged that they had been subjected to sexual harassment, including groping by supervisors and numerous inappropriate sexual comments, and that the Department and Ross did not take action to prevent or remedy the harassment. One of the women accused Ross of instead telling her to tell the alleged harasser to sit down and get out of her face.

The allegations also include failure to properly respond to and remedy derogatory Facebook posts and forging attendance sheets for sexual harassment training. Some of these things can seem small in isolation. For example, signing in for an employee who was late and missed a training may not seem significant. Or, letting a post that could be construed as derogatory toward females go with just a brief verbal warning. The import for employers though is that ignoring a complaint of sexual harassment, or any other protected activity, can have a devastating effect on one’s career and organization.

There is a new awareness of sexual harassment, reflected in legislation and public perception, and employers and management employees can no longer feel secure that not acting inappropriately themselves is enough. Turning a blind eye, or not proactively updating policies and trainings, is no longer a low-risk option.