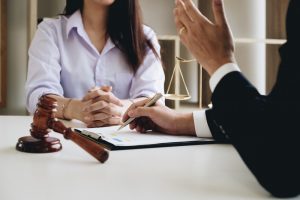 On August 6, plaintiffs’ counsel filed a memorandum detailing a settlement of its federal The Employee Retirement Income Security Act (ERISA) lawsuit against The Johns Hopkins University.  In the lawsuit filed three years ago, plaintiffs alleged that the university breached its fiduciary duties owed under ERISA to participants of the university’s §403(b) pension plan.  A §403(b) plan is the equivalent in the non-profit world of a 401(k) plan in the for-profit world.  The Hopkins plan boasts over $4 billion in assets and 25,000 participants.  The lawsuit alleges that Hopkins breached its duties by failing to root out excessive fees imposed on its plan, using five recordkeepers instead of a single recordkeeper and failing to properly monitor plan investment options.  According to plaintiffs, Hopkins’ failure to monitor investment options resulted in the use of high-cost and underperforming funds compared to alternatives readily available to the Plan.

The settlement, which still must be approved by the court, is a major coup for plaintiffs’ counsel.  The same counsel has filed similar lawsuits against many other universities   The Hopkins settlement, at $14 million, ranks second among settlements reached with other universities, just behind Vanderbilt, at $14.5 million.  Millions more will be paid by Duke University, the University of Chicago, and Brown University to their plan participants after they settled similar lawsuits.

The Hopkins settlement also includes non-monetary relief.  Plaintiffs’ counsel will stay involved to monitor compliance with settlement terms and bring an enforcement action if needed over a three-year period.  Within 90 days of the effective date of the settlement, the Plan’s trustees have to hire an independent consultant with expertise in designing investment structures.    With the help of the consultant, the Plan’s fiduciaries will be required to issue requests for proposals from potential recordkeepers and administrative service vendors in an effort to reduce fees and costs.

If you are thinking that your plan will sidestep a lawsuit because it’s much smaller than the Hopkins plan you may be engaging in wishful thinking.   There is evidence that plaintiffs’ attorneys now are turning their attention to much smaller plans.  For example, a luxury fashion designer Gucci America Inc. agreed to settle similar claims for $1.2 million.  The settlement in the Gucci case is important because the size of the plan, $142 million in assets and 3,500 participants, is dwarfed by university plans like the Hopkins plan.

Nevertheless, if you haven’t conducted an audit of your plan’s operations, you should consider doing so now.  There’s no reason to put a bulls-eye on the back of your plan for the benefit of plaintiffs’ counsel.

If you have any questions about this, please contact us