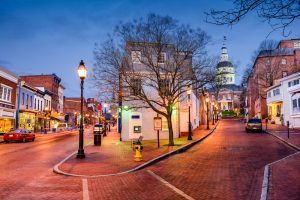 I’ll begin with The Old Line State of Maryland – because that’s where I live. By the way, I thought that nickname was a reference to the Mason-Dixon line, but according to a trusted source (the Internet), the nickname pays homage to the Maryland Line, which were Revolutionary War troops. You learn something new every day.

Maryland starts with a statement of policy, its preamble being “to obtain respect and obedience to law and to foster and promote temperance”. Temperance – again according to the Internet – is abstinence from the alcoholic drink. That’s interesting. I guess maybe the General Assembly thought that prohibition had had the opposite effect, driving a black market of bootlegging and speakeasies. It’s ironic. I wonder what it was like to live through that.

Anyway, the policy statement goes on to say that the State will regulate and control the manufacture, sale, distribution, transportation, and storage of alcoholic beverages in the State, as well as transportation and distribution into and out of the State. Oh, and of course it is also the policy of Maryland to tax these products and deny its localities the right to do so. Oh, and later in the code, the statute repeats that added fees or taxes by municipalities are prohibited. Take that!

Enforcement within this policy is delegated to local licensing boards, liquor control boards, and others. Let’s consider this for a moment. Who are these boards? I happen to be sitting in my office in Howard County right now, so let’s take a look at the Board of License Commissioners for Howard County, Maryland and the Alcoholic Beverage Hearing Board.

In Howard County, the members of the County Council, ex officio, are the License Commissioners. Fair enough. After all, these people have been elected. The Hearing Board then consists of five people appointed by the County Executive and confirmed by the County Council. I wonder if they’ve ever had a confirmation hearing where an appointee said he liked beer, still likes beer, and drank beer? That would be funny. Sorry, I couldn’t help myself (I have the T-shirt!). These Boards each elect Chairpersons from among themselves. Makes sense.

Drawing from anecdotal personal knowledge and without citation to the source, I’ll say that I think all the counties probably have some variation of the Howard County Boards – or at least a Board. I’ll also say I bet the board members have to be adults and competent in the legal sense, i.e., not insane. Maybe there are some aversions or local regulations that disqualify felons or something like that. I’m rambling, but I think what I mean is that on some level, alcoholic beverage regulation is left to the “local gentry.” I think that sounds OK.

So, let’s suppose I want to open up a business that requires a liquor license in Howard County. What do I have to do to get these good people to agree that I can have one? I’ll get back to you in a few months on that!