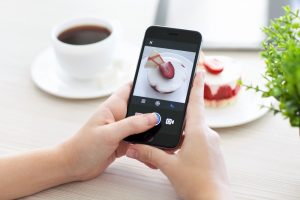 Justice Kavanagh’s maiden antitrust decision provided us with a review of the 1977 case of Illinois Brick Co. v. Illinois. The principle that Illinois Brick represents is that only direct purchasers can assert an antitrust claim against the antitrust violator, the direct-purchaser rule. In a creative reading of Illinois Brick, Apple sought to persuade the Court that consumers should only be able to sue the party who set the retail price of an application or “App” sold in its online store. But what was dispositive for the Court was the fact that even though the App was created by developers, a consumer could only purchase such Apps directly from Apple who in turn charged a 30% commission on the cost of the Apps.

Apple’s argument would have been far more persuasive were it to allow developers to make its Apps directly available to consumers, as well. But much like AT&T and Microsoft, Apple has steadfastly controlled what goes on its “iPhone platform.”

Sound familiar? AT&T said that attachments to its phones were prohibited and Microsoft restricted its add-ons to Windows. It did not end well for AT&T, at least from an antitrust point of view and it is debatable about the outcome for Microsoft. The outcome for Apple remains to be decided and will be in the hands of the Trial Court.

This action against Apple was first filed in 2011 when consumers alleged that Apple had monopolized the App aftermarket and that Apple’s Store locked users into only buying from Apple and paying its 30% fee/commission. No other alternative was available nor was there any other competitive price at which any of these Apps might otherwise be available. In short, these was not a competitive market for Apps to be run on Apple’s iPhone platform.

While Apple attempted to introduce a creative way of analyzing Illinois Brick and re-shift the focus on the party who set the price of the Apps, the developers, referred to by the Court as “who sets the price theory”, the Court would have none of it.  The Court by a 5-4 vote was content to maintain the bright line rule that has been reiterated by past Courts. “The bright-line rule of Illinois Brick … means that indirect purchasers who are two or more steps removed from the antitrust violator in a distribution chain may not sue. By contrast, direct purchasers-that is those who are ‘the immediate buyers from the alleged antitrust violators’-may sue.”

In contrast to the State of Illinois who were three notches down the supply chain after the masonry and general contractors from the manufacturer, the consumers in this action directly purchased the Apps from Apple.  There was no intermediary.

If there were alternatives available for consumers to buy Apps other than from Apple, Apple’s argument might have had a better chance of prevailing. But Apple was the sole provider of all Apps for its iPhone platform.

In dismissing Apple’s proffered rule, the Court concluded that its “who sets the price rule” would draw an arbitrary and unprincipled line among retailers based on retailers’ financial arrangements with their manufacturers or suppliers”.  This was the Court’s way of saying that Apple’s theory or proffered rule goes just too far, as it would result in automatically curtailing antitrust liability in any such situation. “If accepted, Apple’s theory would provide a roadmap for monopolistic retailers to structure transactions with manufacturers or supplier to evade antitrust claims by consumers and thereby thwart effective antitrust enforcement.”

While the Court began its analysis by saying that only the threshold question was being addressed-namely, whether the plaintiffs were the proper party to bring this action, I would advise Apple to be very concerned, as the Court couched its decision in the language of a “monopolistic retailer”. If one could discern some inclination on the part of the five Justices to reach a decision were this action to finally return to the Court, it would be simply – monopolistic retailers beware.  I think that is a message that Apple should hear loud and clear. Further, as the late Justice Scalia counseled in Eastman Kodak v. Image Technical Services, 504 U.S. 451 at 489 (In dissent): “Where a defendant maintains substantial market power, his activities are examined through a special lens: Behavior that might otherwise not be of concern to the antitrust laws-or that might be even viewed as procompetitive can take on exclusionary connotations when practiced by a monopolist.”