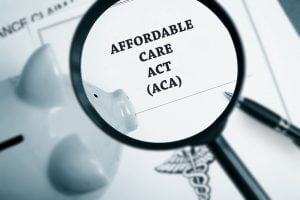 In late March, the Trump Administration, in a one-page filing, notified the U.S. Court of Appeals in New Orleans that a decision in December by a Texas district court judge ruling that the Affordable Care Act, or ACA, is unconstitutional and should be affirmed. The trial court’s ruling, now on appeal, undoubtedly will go to the U.S. Supreme Court for a final decision. But, for now, the ACA (also known as Obamacare) is the law of the land.

In December, a U.S. district court judge, Reed O’Connor, ruled that the ACA is unconstitutional. The court noted that the Individual Mandate, which required employees who failed to obtain health care coverage to pay penalties, was upheld by the U.S. Supreme Court because it was a permissible exercise of Congress’ Tax Power under the U.S. Constitution although it exceeded the scope of the Interstate Commerce Clause, a separate constitutional authorization often used to justify statutes enacted by Congress. On December 22, 2017, the court further noted that Congress, after the U.S. Supreme Court decision upholding the ACA, enacted the Tax Cuts and Jobs Act of 2017 (“TCJA”). Because Congress in the TCJA eliminated the penalty or “tax” imposed under the Individual Mandate, the district court held that the Individual Mandate had been eliminated. The district court further ruled that because the Individual Mandate is “inseverable,” that is, it cannot be separated, from the ACA’s remaining provisions, the passage of the TCJA rendered the entire ACA unconstitutional.

Because the U.S. Court of Appeals in New Orleans has not yet ruled on the appeal of Judge O’Connor’s decision, it is unlikely that the U.S. Supreme Court will consider any ruling by the appeals court until its 2019-2020 term, which begins in October.

For now, the ACA is still the governing law on employer-provided health care coverage.