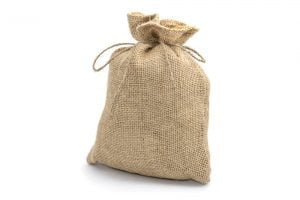 I am sitting in a hotel in SoHo as I write this week’s blog. For some reason my wife and I decided to bring our three children to New York City for spring break for three days. Their ages are roughly six, eight and eleven. I woke up at 4:37 AM and the sun is now just rising. I mention this so you don’t blame me if this week’s SSH comes off a bit dreamy.

I was searching for specific events that might be happening today, April 18th, and randomly learned that today is the seventh anniversary of the death of Dick Clark, host of American Bandstand from 1957 to 1989. This made me think that it might be interesting to write a bit about the performance rights of the owner of a copyright in original musical works.

The U.S. Copyright Act provides copyright owners with what we lawyers like to call a “bundle of rights,” a term that is often used to describe the rights of property owners. In the case of musical works, one right a copyright owner has is the exclusive right to perform the work publicly. This made me wonder how artists might have exchanged some of those rights for a chance to gain exposure on American Bandstand, through which “Clark introduced rock & roll to many Americans,” at least according to Wikipedia.

The nice thing about property rights is that you can do what you want with them as long as it’s legal. If you own a house, you can rent it out. If you own a car, you can lease it. If you own the exclusive right to publicly perform your original musical work, you can perform it publicly, but the producers of a nationally broadcast TV show might only be willing to let you perform it in front of their audience for a cost. I wonder what it was…

I discovered there has been a lot written about this. Some say at the beginning, unknown artists maybe just stood in line until they got a chance to play. I’m guessing they signed something that conveyed the rights in their performances to the producers of the show or some affiliated company responsible for the finances, but I don’t know that.

Apparently, there is an independent film titled Wages of Spin that paints Dick Clark as a guy who took kick-backs from record companies in exchange for airplay of their artists’ performances, but what’s wrong with that if it benefited the artists and people liked the performances? Maybe everybody involved got rich from these activities in some way or another. I honestly don’t know.

I also read that Clark may have demanded union fees that performers received to offset production costs, but I don’t know that either.

I suppose this week’s message is that if you are the author of an original musical work you have the right to perform it, and can exchange that right for something else, like publicity. Do what you want.