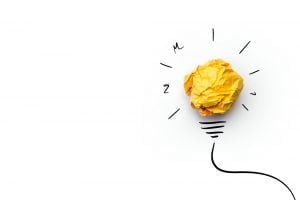 Why is originality important in music? Let’s consider a recent matter involving the family of Marvin Gaye.

Marvin Gaye was iconic. His acclaimed and controversial What’s Going On album from 1971 is still a topic of discussion and still relevant. Every now and then I have to binge-listen to it, just because I like its authenticity. I read an article about a year ago, the author of which seemed to think the album was still accurately descriptive of the state of the world.

I digress. Marvin was the author of many other fine works as well, and it seems like in recent years he’s a popular artist of yesteryear to rip off. For example, after a five-year legal battle, Robin Thicke and Pharrell Williams were ordered a few months ago to pay the family of Marvin Gaye $5,000,000 after a California appellate court upheld a verdict that Robin Thicke’s hit Blurred Lines (coauthored by Williams) copied Marvin Gaye’s song Got to Give it Up. That means that someone at least thought that Blurred Lines isn’t original, and that someone happened to be in a position to order a monetary award for damages.

You can see why it’s important to take care to be original if you are a recording artist. The Blurred Lines case was rooted in copyright. The argument is that Marvin Gaye’s children, who inherited his copyright in their father’s original work and thus stood in his shoes with respect to infringement claims, had their copyright violated, and that led to a large award from the infringers. It makes me wish my neighbor from last week made some money from recording me singing my original work.

What’s especially interesting about this case, however, is that one of the three appellate judges on the court that upheld the award dissented, basically being of the opinion that what Thicke and Williams did was more akin to homage than copyright infringement. There has been a lot of debate in the media since the award was publicized over basically the same issue that divided the three judges on the appellate court: the issue of originality. Like I said last week, the Copyright Act doesn’t define “original”, which opens the term up to interpretation as a legal matter. What if songs are similar by accident? I can think of a number of examples of songs that sound similar and their authors never sued each other. I think maybe this decision was affected to some degree by the court of public opinion.

In any event, if you reduce an original work of yours to a tangible form of expression, you have a copyright, and if you register that copyright with the U.S. Copyright Office, you have access to statutory damages for infringement, and other benefits. So maybe if I registered the song in my head last week I could have made a case for damages! Alternatively, maybe if I sued my neighbor the court would have found that he was paying me homage.