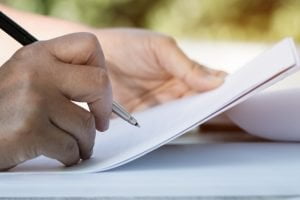 Judge Swain, in a thorough decision that retells the horrors of the German empire’s brutal reign and genocide of thousands of Ovaherero and Nama people in South West Africa, now modern-day Namibia between 1885 to 1909, addressed the question of when a plaintiff can obtain jurisdiction over a foreign sovereign in the United States.

Plaintiffs, descendants of the Ovaherero and Nama that were excluded from recent discussions on reparations between Germany and Namibia, brought a putative class action against Germany under the Alien Tort Claims Act, 28 U.S.C. §1350 et seq., and several common law grounds. Plaintiffs claimed that they fall under an exception to the Foreign Sovereign Immunities Act, 28 U.S.C. §§ 1330, 1602-1611 (“FSIA”), which limits the liability of foreign powers in the U.S., because several items, including bones and proceeds from Germany’s reign in Namibia found their way onto American soil, including properties owned by Germany. The exceptions asserted were the commercial activity exception, 28 U.S.C. §1605(a)(2), and the takings exception, 28 U.S.C. §1605(a)(3).

On the commercial activity exception, the Court found that the items and investments lacked the required “direct effect” in the United States to connect it to the actions taken by Germany in South West Africa.

On the takings exception, the Court agreed that though there may be expropriated property, or property exchanged for the expropriated property, present in the United States, the plaintiffs failed to allege that the expropriated property is present “in connection with a commercial activity” carried on by Germany because the targeted properties were used principally as Germany’s mission to the United Nations, its consulate general, or for use by entities engaged in the propagation of German culture such as the Goethe Institute. The Court rejected the idea that incidentals, such as expenses in housing and paying the staff for these investments constituted commercial activity.

The main takeaway of the case is first, to take advantage of these FSIA exceptions, a plaintiff must be careful to document both the flow of proceeds and its conversion into commercial activities. Second, as Judge Swain recognized on page 6 of her opinion, “strong moral claims are not easily converted into successful legal causes of action.” Garb v. Republic of Poland, 440 F.3d 579, 581 (2d Cir. 2006) (internal quotations omitted).