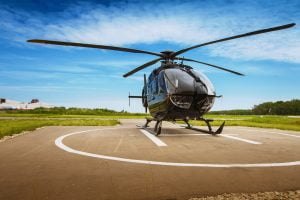 The Southern District of New York recently confirmed that a helicopter can constitute a single customary freight unit (“CFU”) or “package” under the United States Carriage of Goods by Sea Act (“COGSA”), 46 U.S.C. §30701, which limits the liability for shippers to $500 per package or CFU. The Court found the situation to be analogous to dropped yacht cases and held that the bill of lading was determinative.

Judge Paul A. Engelmayer considered arguments concerning a helicopter that was damaged by the shipper’s subcontractors when loaded onto the ship which then transported it from Savannah, Georgia to Melbourne, Australia. Ordinarily, COGSA applies only to the period between loading and discharge of the vessel, or from “tackle to tackle.” Here, however, the parties contractually extended COGSA to cover the loading. The shipper argued that the helicopter was a single CFU; the sender claimed that the helicopter should be several CFUs, measured in the revenue ton, the unit used to calculate the helicopter’s freight.

The Court reviewed several cases in which similar problems occurred, including numerous “dropped yacht” cases and found that the helicopter is one package or CFU. However, the Court found the bill of lading far more decisive than the case law.

There are two takeaways from this case.

Second, senders of goods should be reminded to take great care with bills of lading in (1) clearly delineating the declared value of the item(s) shipped and (2) indicating whether an item should be considered a CFU or whether they opt out of any COGSA liability limitation (and pay the corresponding higher freight).