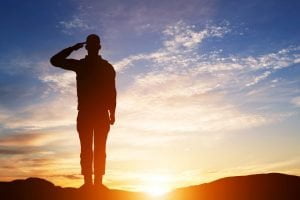 Months after National Guard Sgt. Eddison Hermond’s heroic death during the Ellicott City Flood, a group of business partners—along with help from Matt Stover and his Players Philanthropy Fund—have raised money from public donations to ensure the National Guardsman’s legacy lives on.

Together, Offit Kurman and business partners KatzAbosch, Howard Hughes, The Epoch Team, Zest Social Media Services, Atlantic Data Forensics and media partners I95 Business and Baltimore Fishbowl helped raised a total of $8,000: $4,000 from donations and $4,000 from the business partners’ commitment to match the amount of donations raised. The money will be provided to the Restaurant Association of Maryland Education Fund (RAMEF) to establish the Eddison Hermond Memorial Scholarship Fund.

Eddison Alexander Hermond was born on August 15, 1978 in Brooklyn, NY. After attending college and serving in the U.S. Air Force, he joined the Army National Guard. Sgt. Hermond’s service took him to Howard County, Maryland, where he also began working at Victoria Restaurant Group. Driven by his passion for the food and hospitality industry, Sgt. Hermond worked with Victoria for over a decade, eventually becoming part of the company’s management team.

Sgt. Hermond’s life was cut short last year. In the midst of the Ellicott City Flood, the National Guardsman—known among friends as “Eddie,” or “Superman” due to his fondness for the comic book hero—attempted to save Kate Bowman, owner of Clipper’s Canine Cafe. Although Bowman survived, Sgt. Hermond was swept away by the flood waters.

In the hopes of continuing his legacy of service and love for the hospitality industry, Sgt. Hermond’s friends and family joined with the Restaurant Association of Maryland Education Fund (RAMEF) to establish the Eddison Hermond Memorial Scholarship Fund. The scholarship, which enables recipients to further their education and service to others, will be awarded annually to a member of the hospitality industry who embodies the values Sgt. Hermond lived by.

Members of the group have also contributed additional donations and in-kind services to businesses affected by the flood. Special recognition goes to Atlantic Data Forensics, which contributed approximately $37,000 in manpower to help salvage data and computer equipment in Ellicott City.  There is still to time to donate.

The Ellicott City Future Fund’s contribution to the Eddison Hermond Memorial Scholarship Fund will be presented during a charitable Happy Hour in Ellicott City on April 17th at Manor Hill Tavern.