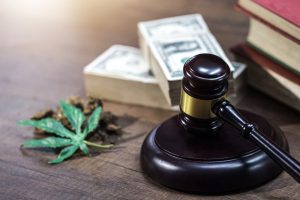 A decision of the US Tax Court issued on November 29 in Patients Mutual Assistance Collective Corporation (D.B.A. Harborside Health Center) v. Commissioner, 151 T.C. 11 (11/28/2018), is another defeat for businesses involved in selling state-legal marijuana. In particular, under the Tax Court ruling, any business that is largely a reseller of marijuana may effectively be prevented from claiming any federal tax deductions or credits, other than its inventory and transportation costs.

In this case, Harborside, a California medical-marijuana dispensary, deducted expenses under Section 162 of the Code (for ordinary and necessary business expenses), and adjusted its cost of goods sold for indirect expenses under the Section 263A UNICAP rules for producers. It purportedly was one of the largest legal marijuana businesses in the United States, with reported revenue of over $100 million over a five-year period (2008-2012). Of that revenue, 99.57% came from marijuana sales. Harborside estimated that 55-60% of its employees’ time was spent on buying and processing marijuana (both buds and marijuana-containing products) and another 25-30% on selling it.

Harborside also sold non-marijuana containing products, which the court acknowledged was entirely legal. Those products accounted for an estimated 5-10% of employees’ time, less than 25% of the sales floor space, and less than 0.5% of the total revenue of the business.

The IRS audited Harborside – which filed tax returns as a “C corporation” – for its 2007-2012 tax years. The IRS denied most of Harborside’s claimed deductions and adjustments for cost of goods sold and asserted tens of millions of dollars in deficiencies and accuracy-related penalties. The IRS based its adjustments primarily on the Section 280E prohibition on deductions or credits for amounts paid in carrying on a trade or business that consists of trafficking in controlled substances.

The Tax Court found that marijuana is a “controlled substance” for purposes of Section 280E. The court recognized the conflict between California and federal law but noted that the Supreme Court upheld the federal prohibition on marijuana sale and possession with respect to medical-use marijuana in California. See Gonzales v. Raich, 545 U.S. 1 (2005).

Then, the principal debate in the case was over the language in Section 280E providing that the deduction disallowance applies if a trade or business consists of trafficking prohibited by law. More specifically, the parties and the Tax Court focused on what consists of means for purposes of Section 280E.

In contrast, Harborside argued that its business did not consist of trafficking, because it engaged in several other activities that clearly were not illegal under either state or federal law.  It’s position was that it had four activities: (i) sales of marijuana and products containing marijuana; (ii) sales of products with no marijuana; (iii) therapeutic services; and (iv) brand development. Because not each of those businesses – or even a majority – was illegal, its trade or business did not consist of trafficking in a controlled substance.

The Tax Court rejected that interpretation and held that Section 280E prevents Harborside from deducting expenses for its business that consists of trafficking in marijuana.

Harborside also argued that even if Section 280E does apply, it still should be able to deduct its expenses for any separate, non-trafficking trade or business. The Tax Court agreed with the taxpayer on that point, citing its decision in a prior medical marijuana case, CHAMP v. Commissioner, 128 TC 173 (2007), where it found that another California medical marijuana dispensary had two distinct trades or businesses: caregiving services and medical marijuana sales.

In this case, however, the Tax Court found that Harborside essentially had only one business – marijuana sales – and that its other business activities were part and parcel to that business. Thus, Harborside could not deduct any of its business expenses because that one business of the taxpayer was subject to the Section 280E limitation.

The Tax Court also addressed what expenses could be included in the “cost of goods sold” for purposes of computing Harborside’s taxable income. The taxpayer argued that many of its indirect costs should be included in its “cost of goods sold” (or “COGS”).  The court found that Harborside did not meet the requirements to be treated as a “producer” and should be treated instead as a reseller that could include in COGS its inventory and transportation costs only.

By holding that Section 280E applies to deny the Harborside dispensary tax deductions for its ordinary business expenses, and that it should be treated as a reseller that can include only limited expenses in its COGS, the Tax Court dealt the state-legal marijuana business a very damaging blow.

If you own or operate a marijuana dispensary or other state-legal marijuana business, you should review your tax position in light of this decision.  For help or guidance, please contact us.