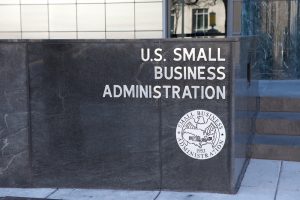 On October 31, 2018, the U.S. Small Business Administration (SBA) issued a proposed rule envisioning significant changes to the Historically Underutilized Business Zone (HUBZone) program to bring increased clarity to this underutilized contracting tool. Government contractors should pay close attention to how these changes pan out as they have significant implications for HUBZone participants. Here is a relatively brief rundown of the most significant changes:

Significant Changes to the “Employee” Definition

First, individuals who don’t receive compensation, or receive in-kind compensation equaling the value of less than 40 hours per month, would not be considered employees nor will individuals receiving deferred compensation. Second, employees of affiliates may be counted as employees of the HUBZone firm where there is no “clear line of fracture” between the firms. Third, for an employee to “reside” in a HUBZone they must live at the location full-time and for at least 180-days immediately prior to the date of the certification or recertification. This removes the “primary residence” requirement the current rules employ. Finally, an employee residing in a HUBZone at the time of certification or recertification will continue to be counted as a HUBZone employee for as long as they work for the firm and even if they move or their home is redesignated.

Presumption of Ineligibility and the Residency Requirement

The current rule recognizes the issue HUBZone businesses face with shifting maps, contract award hiring ramp-ups, etc., by refraining from decertification so long as the firm employs its best efforts to “attempt to maintain” compliance with the 35% residency requirement. The proposed rule presumes a failure to make such efforts where a firm drops below 20% HUBZone residency during the contract’s performance period. However, this presumption can be rebutted by a showing of least 20% HUBZone resident employees once hiring for contract performance is complete and the firm continues to employ “best efforts” to reach the 35% threshold.

The rule also clarifies that protests of HUBZone joint ventures can be based on (1) the status that one of the small business partners does not meet the eligibility requirements at certification or recertification, or (2) arguments that the JV itself didn’t meet the requirements at the time it submitted its offer on a HUBZone contract. This second basis is key since the relation back doctrine discussed above would not apply.

The SBA has invited public comment on the proposed rules which are due on December 31, 2018. Once the final rule is adopted, we will publish a follow-up blog post with all the details.