So far, I have talked about profits lost as “consequential” and “general” damages. If you are just joining in, take a look at part one and part two here. 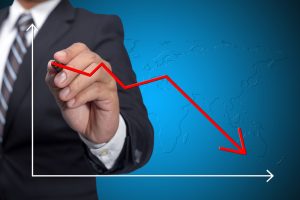 Although “lost profits” that are consequential damages are often difficult (if not impossible) to establish, proving lost profits that are “general” damages is quite a different story.

Simply put: when a contract has been breached and the non-breaching party seeks only to recover money that the breaching party agreed to pay under a contract, the damages being sought are considered “general” or “benefit of the bargain” damages.

Such damages are properly characterized as “lost profits” inasmuch as the non-breaching party would have profited to the extent that its future cost of performance would have been less than the breaching party’s promised payments over the life of the contract.

Such profits are the direct and probable consequences of the breach. Indeed, such profits are precisely what the non-breaching party bargained for and, as such, the Plaintiff is deemed to be entitled to be put in the same position as the Plaintiff would have occupied had the contract been performed according to its terms.

Plainly: lost profits following a breach prior to the termination date of a contract often cannot be precisely determined given, among other things, the very real possibility that at the time of trial there may be costs inherent in determining the profits lost that cannot be precisely calculated inasmuch as the costs of future “performance” by the Plaintiff and the Defendant are always, to at least some extent, uncertain at the time of trial.  (In our case, the contracts were more than five years in length, they were breached within eight months, and at the time of trial still had four years to go.)

One of the principal differences in evaluating “consequential” damages, as compared with “general” or “benefit of the bargain” damages, is that – while the fact of damages must be shown by the Plaintiff to be “reasonably certain” in both instances (and may not be only speculative, possible or imaginary) – when general damages are at issue, the only certainty that must be established is that some damages have indeed been suffered.  But critically, the amount of general damages does not have to be demonstrated with the level of certainty that is required with respect to consequential damages (which requires proof “with certainty”).

In fact, once the “fact of damages” is established, the non-breaching party need only provide a “stable foundation for a reasonable estimate [of damages] before an award of general damages can be made.” See: Tractebel.

Significantly, the Second Circuit in Tractebel went on to detail the extent to which trial courts must go in permitting a Plaintiff to prove its general damages even in cases where the breach may require a demonstration of damages over the course of many years in the future.

In Tractebel itself, for example, the District Court had taken the position that “it was inherently speculative” and “involved many assumptions to determine [Plaintiff’s] loss over the twenty-year period” involved in that case.

Specifically, the District Court held that “any projection of lost profits [whether made by outside experts or the Plaintiff’s own business records, or both] would necessarily include assumptions regarding the price of electricity and the costs of operating over twenty years. One would need to assume what competing forms of energy such as coal and nuclear energy would cost over the same time period.”

The District Court in Tractebel went on to address other “factors” that would have to be taken into consideration over the twenty-year damage period there in question: “political and regulatory developments, population growth and technological advances affecting the production of power and related products.”

The District Court ended its parade of uncertainties by concluding: “with so many variables these experts might have done as well had they consulted tea leaves or a crystal ball.”

If you have any questions so far on this or any other commercial litigation topic, contact Offit Kurman.