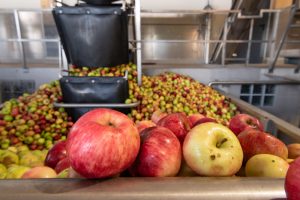 If you, like me, eat at least one apple a day, you will know why owners, contractors, and design professionals need a Mass Tort Litigator on their team. As I stated in a prior blog post, polyurethane foam is the world’s best insulator for buildings constructed with temperature control in mind. The problem is that once ignited in an enclosed space, it burns at warp speed.

A number of years ago, I represented the distributor of the components used to spray foam on the interiors of buildings. Polyurethane foam consists of isocyanate and resin components.  One of the distributor’s contractors sprayed foam on the interior of a large apple storage facility in a nearby state. The owner of the facility harvested his apples in October, converted the damaged apples into juice which he sold to vendors, as a low-profit byproduct and stored the prime apples in his temperature controlled facility for sale in the winter months at a substantial profit.

As the owner’s luck would have it, an electrical malfunction ignited the foam. The facility and all of the harvesting equipment surrounding the facility were ostensibly destroyed in the fire. As a result of numerous fire cases around the country involving my client and a well-known plaintiff’s lawyer who specialized in these cases, and the complexity of the chemical terms involved, plaintiffs’ lawyer and I employed a neutral court reporter to take all deposition of the experts and owners.

The plaintiff’s lawyer filed the lawsuit in the federal district court of the state of occurrence. Through pretrial paper discovery, I was able to obtain copies of the invoices relating to the facility’s construction, the destroyed equipment, and the name of the ranch hand who cleaned up after the fire.

In reviewing the invoices, it appeared that there had been multiple alterations of the equipment invoice dates. My support team of paralegals and associates were able to locate the farmhand who had cleaned up the farm post-fire. I called him. I told him that we had discovered the fraudulent submissions. He told me that the owner had instructed him to blowtorch all of the old equipment on the farm and to move it to the vicinity of the fire and then to alter the invoices to make it appear that the equipment had been destroyed by the facility fire.

I then confronted the farm hand and told him that he had perjured himself which he freely admitted. He said when the owner showed up he feared that the owner would blackball him and he would be unable to secure future employment. Unbeknownst to him, the court reporter continued to record the farm hand’s admissions. The farmhand then left the room. I ordered a copy of the transcript of the perjured testimony and filed a motion to have the owner’s complaint dismissed with prejudice. The court scheduled a hearing on my motion.

At the hearing opposing counsel denied any knowledge of the fraud. The Judge denied my motion to dismiss but further ruled that I could use the perjured testimony of the farmhand to impeach the testimony of the owner and otherwise submit the deposition to the jury on the issues of liability and damages.

The following morning, I received an email from opposing counsel explaining that he had spoken to his client and that his client would dismiss the case with prejudice for the cost of proceeding to trial and verdict which was peanuts compared to the multi-million dollars in damages sought in the complaint or should I say the profit from juice apples.

Questions about this topic or any other construction law issue?
Contact John Scaldara at jscaldara@offitkurman.com or 443.738.1581. 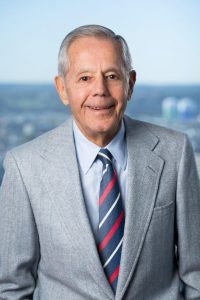