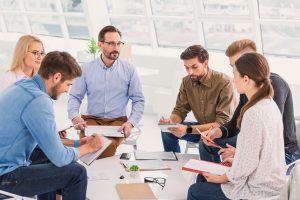 Can you rely on allegations contained in a separate, unadjudicated proceeding to make your own case in court? That question, first considered by the Second Circuit over 40 years ago in Lipsky v. Commonwealth United Corp., remains unresolved to this day. Some courts interpret the Lipsky ruling as a “bright line” rule that precludes litigants from relying on others’ unproven assertions. Other courts argue that Lipsky opens the door to such kinds of pleadings, albeit in certain circumstances. And others say the point is moot, citing Rule 11 of the Federal Rules of Civil Procedure, which requires filing attorneys to certify that documents filed bear factual relevance to the case.

In this article, Mr. Steckman and his colleague Joseph Johnson explore why Lipsky has remained an unresolved legal issue since 1976, examining several decisions that offer conflicting interpretations. Read why the authors believe that the absolute interpretation of Lipsky is the only interpretation that protects litigants and trial courts, and why “each of the other approaches cannot help but involve the court in making what are likely to be highly intuitive assessments of foreign pleadings, the truth of which cannot be determined by the motion court.”

Download “When May a Litigant Rely in its Own Complaint on Allegations From Another Complaint filed a Different Action? — Lipsky v. Commonwealth United Corp and Its Progeny — Still an Unresolved Question”

Questions about this or any other legal matter? Please contact Larry at lsteckman@offitkurman.com

Lawrence Steckman has more than thirty years experience litigating securities, RICO and business cases. In July, 2006, Super Lawyers Magazine, in its first New York edition, identified Mr. Steckman as one of New York’s “Super Lawyers” in securities litigation and business law and he received that honor again most recently in 2013, 2014, 2015, 2016, and 2017.  Mr. Steckman has handled billions of dollars in client matters, has overseen the dismissal of billions of dollars in claims against his clients and has been counsel in leading securities, derivatives and RICO litigations as well as securities and commercial arbitration disputes. He is the author or lead co-author of more than fifty published works on the law. The independent attorney rating service, AVVO, has awarded him a rating of “superb” (10.0), its highest level.