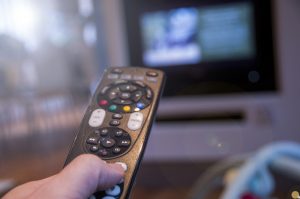 The United States Supreme Court’s 2013 decision in Comcast Corp. v. Behrend led many attorneys and legal scholars to believe that the bar had been raised for class action certification. The majority position, delivered by Justice Antonin Scalia, appears to broadly restrict class certifications by emphasizing the duty of plaintiffs at the certification stage to establish a robust theory with an incontrovertible connection to class-wide claimed damages. In other words, the burden is on plaintiffs’ counsel and expert witnesses to present causal arguments that hold up under the strictest scrutiny.

In this article, together with finance and statistics experts Robert E. Conner and Stuart J. Rosenthal, Mr. Steckman digs deeper into Comcast v. Behrend to determine what the case really means for class certification, and what practical lessons it may offer. The authors take a close look at the judgments and dissenting opinions of the Supreme Court and the lower courts, as well as the multiple regression model at the heart of the case. What they find is not necessarily a dramatic new precedent handed down by the Court, but the failure of a particular theory that “was not designed to survive ‘battle damage.’”

Download “Class Certification After Comcast — Raising the Bar or Changing the Game in Antitrust Litigation?”

Questions about this or any other legal matter? Please contact Larry at lsteckman@offitkurman.com

Lawrence Steckman has more than thirty years experience litigating securities, RICO and business cases. In July, 2006, Super Lawyers Magazine, in its first New York edition, identified Mr. Steckman as one of New York’s “Super Lawyers” in securities litigation and business law and he received that honor again most recently in 2013, 2014, 2015, 2016, and 2017.  Mr. Steckman has handled billions of dollars in client matters, has overseen the dismissal of billions of dollars in claims against his clients and has been counsel in leading securities, derivatives and RICO litigations as well as securities and commercial arbitration disputes. He is the author or lead co-author of more than fifty published works on the law. The independent attorney rating service, AVVO, has awarded him a rating of “superb” (10.0), its highest level.