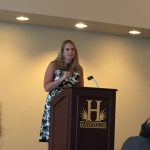 Their guest, was the amazing Brenda Frese, Head Coach of the University of Maryland’s Women’s Basketball team.  We know she is a powerful winner, and motivator of the young women she coaches.  But, she is also very humble and down to earth.  From her beginnings in Iowa, as one of 6 children, she was always involved in sports.  Her career took her to several locations including Ball University, before finding her way to the University of Maryland in 2002.  She works hard to balance being a mother, wife, and superb coach.  She values the person just as much as a recruit’s skill set, recognizing that team is everything.  Obviously, her recipe works, as she took her team and won the Women’s National Championship in 2006.

I have used the services of Berman McAleer for over 15 years.  Their customer service is extraordinary, causing them to be finalists and winners in the Best Place to Work contests in the Baltimore area. 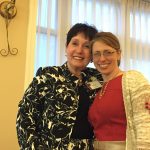