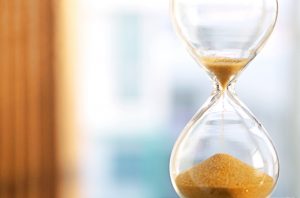 In MLS-Multinational Logistic Services, the protester filed two protests at the agency level separately challenging the terms of two solicitations issued by the Department of the Navy, Naval Supply Systems Command. The protester requested that the Navy amend the solicitations and extend the deadline for receipt of proposals. The deadline for receipt of proposals established in the solicitations came and went without an extension, and the Navy accepted proposals from offerors (including from the protester). Later, the Navy issued a decision denying both agency-level protests. Ten days after the Navy denied each of the agency-level protests, the protester filed separate protests at GAO again challenging the terms of the two solicitations.

Again, the majority of the time a protest filed at GAO will be timely if it is filed within 10 days of an agency issuing a denial of an agency-level protest. However, this case is an important reminder that the deadline to file at GAO is not actually triggered by the agency’s decision, but rather the deadline is triggered by the very first action or inaction by the agency that is detrimental to the protester’s protest.

If you have questions about this or any other Government Contracts matter, please contact us