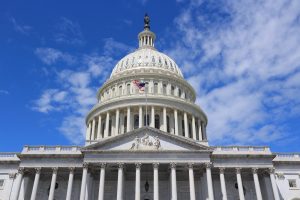 On Friday, federal lawmakers will decide the fate of the Rohrabacher-Blumenauer Amendment (formerly known as Rohrabacher-Farr), which currently protects state medical cannabis programs from federal government interference. The Rohrabacher-Blumenauer Amendment (“Amendment”), read literally, prohibits the Department of Justice (“DOJ”) from using federal funds to prevent states from implementing medical cannabis laws. DOJ has previously challenged this interpretation, most notably in a case before the Ninth Circuit Court of Appeals, arguing that the Amendment only prohibits DOJ from prosecuting state government officials responsible for implementing medical cannabis programs. Thankfully, the 9th Circuit ultimately rejected DOJ’s interpretation of the amendment, holding that protection extended to medical cannabis patients, growers, and distributors that are in full, unambiguous compliance with state medical cannabis laws and regulations.[1]

While it is impossible to predict what will happen between now and Friday, it appears that Congress is poised to pass a short-term spending bill (called a “Continuing Resolution”) to allow more time for federal budget negotiations. Under this scenario, federal lawmakers can renew Rohrabacher-Blumenauer as part of the short-term spending bill, thus extending protection for medical cannabis states for the time being. If a short-term budget bill does not include the Rohrabacher Amendment, then medical cannabis states would lack any form of protection from DOJ interference. However, even if the short-term spending bill does not include the amendment, it is not the end of the road for Rohrabacher, as Congress must eventually pass federal budget legislation, which would allow for inclusion of the provision once again.

In the alternative, Congress could fail to pass any form of spending legislation before Friday, leading to a partial federal government shutdown. While it sounds scary, a partial shutdown would likely be the second-best scenario for the industry, as DOJ would lack the funding necessary to proceed with a crackdown on medical cannabis states. The best case scenario? Congress renews Rohrabacher-Blumenauer by midnight on Friday, either as part of a short-term spending bill, or longer-term federal budget legislation. In light of the recent changes to DOJ’s cannabis enforcement policy (as discussed in this Client Alert Letter), renewal of Rohrabacher-Blumenauer is more important than ever before. If you feel so inclined, please reach out to your Congressional representatives and speak with them about the importance of extending protections for medical cannabis states.