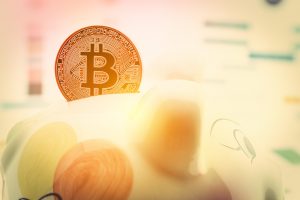 There is a straightforward tax rule in the US: the IRS treats the proceeds of an ICO at taxable income.    The amount of taxable income is also simple: the value of everything received in the ICO, though an accountant may be able to argue about some deductions for you.  So, the general rule is that if you raise a dollar, you pay taxes on the dollar.  Or, as the IRS explains, “the basis of virtual currency that a taxpayer receives … is the fair market value of the virtual currency in U.S. dollars as of the date of receipt.”

The take away is clear.  Before conducting an ICO jurisdictionalized in the US, plan for the tax bite.  You also may want to consider if an ICO excluding US interests (a difficult task) and based in other countries with lower tax regimes or no tax liability may be a better tax idea.  It probably will be, if you plan things carefully.  Also make sure that the entity engaging in the ICO is properly formed wherever the ICO is conducted.  If not, you may find that you personally are liable for the taxes.  Of course, the concept of jurisdictionalizing a blockchain in a particular country is truly a conundrum. A blockchain is a data structure simultaneously existing on every computer on a decentralized network, and these computers could be anywhere.  But, there are ways that the law will allow a tax argument that is inconsistent with the technical reality.

There is yet another simple tax rule.  If your investment in a crypto currency increases in value, you’ll owe taxes.  Any tokens held by anyone are treated as assets, and any increase in asset value is taxable at some point.  Again, the IRS view is clear: “virtual currency is treated as property for U.S. federal tax purposes” and “general tax principles that apply to property transactions apply to transactions using virtual currency.”

It does not matter if you do not convert a cryptocurrency to fiat.  You owe the taxes nonetheless.   There may be some accounting treatments that may perhaps allow tax deferral on some true utility tokens in limited circumstances, but the tax bill will come due sooner or later.  And, by treating bitcoins and other virtual currencies as property and not currency, the IRS is imposing extensive record-keeping rules on these assets.

Why is tax law compliance important?  That is simple: the tax laws are among the ways that the government uses to crack down on things that it doesn’t like, and right now, the US is not expressing a lot of love for the crypto currency world.  Remember Al Capone?  He likely killed many, robbed even more, but ultimately went to jail in 1931 after pleading guilty to what amounted to tax evasion charges.

All reports indicate that the IRS is ramping up its efforts to enforce these tax laws in the virtual and crypto worlds.  Uncle Sam wants its part of the action.

It is believed that only about 800 taxpayers reported their Bitcoin gains from 2013 through 2015, but everyone knows that this is not even the tip of the iceberg.  For all these taxpayers, they probably have heard rumors of a to-be-announced IRS tax amnesty program, but there is no such announcement yet.

Instead, just recently, the IRS, convinced a federal judge to give the agency access to Coinbase Inc. records on accounts with large transactions.  Those Coinbase customers should be considering their options if they haven’t been paying taxes, because they may be getting inquiries from the IRS in the near future.

Moreover, beyond Coinbase, the IRS is training its agents and investing in technology from Chainanalysis, Inc. to track the industry, and it is rumored that many transactions are indeed traceable.  Chainanalysis is already working in Europe on cybercrime initiatives, and it is not difficult to believe that the IRS can and will find tax scofflaws lurking in the blockchain world.

So what should you do if you haven’t been paying your taxes?  Contact your tax lawyer or accountant, and make an appointment quickly. 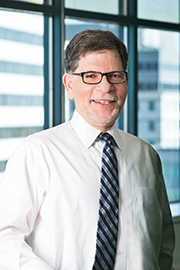