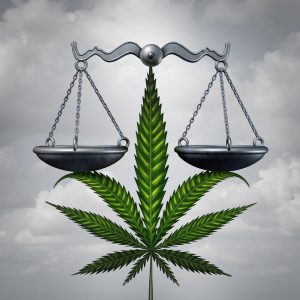 On January 4, 2018, Attorney General Jeff Sessions published a memorandum announcing that the Department of Justice rescinded several Obama-era policy documents related to the enforcement of federal marijuana laws, the most well-known being the 2013 Cole Memorandum (“Cole II Memo”). While the Cole II Memo did not prohibit federal prosecutors from pursuing charges against individuals in legalized states, it allowed states to implement medical and recreational cannabis programs without federal government interference, provided the state had a robust regulatory system in place to address the various DOJ enforcement priorities.

In this memorandum, Sessions said DOJ guidance specific to enforcement of the federal Controlled Substances Act was “unnecessary,” and prosecutors should follow the “well-established principles” governing all federal prosecutions, even when it comes to enforcement of marijuana laws. The precise impact of the policy reversal remains unknown, but it is important to understand that the decision to rescind the Cole II Memo has no immediate legal effect, as it was never a bar or safe harbor against federal prosecution under the Controlled Substances Act, and the DOJ reserved the right to bring charges wherever they felt appropriate under the Cole II Memo.  In this sense, despite the alarming headlines, the decision to pursue criminal charges against individuals in violation of federal law was and will remain a matter of prosecutorial discretion.

It is also important to note that patients, caregivers, and operators in medical cannabis states that are in unambiguous compliance with state law are currently protected by a federal budget provision called the Rohrabacher-Blumenauer Amendment, formerly known as the Rohrabacher-Farr Amendment. The Rohrabacher-Blumenauer Amendment defunds the Department of Justice from using federal money to prevent states from implementing laws legalizing the possession and sale of medical cannabis. In 2016, the Ninth Circuit Court of Appeals held that the amendment prevented DOJ from prosecuting individuals in medical cannabis states who are in full compliance with state medical cannabis laws. The decision is not binding outside of the 9th Circuit, but DOJ has since been reluctant to continue cracking down on the industry, even outside of the 9th Circuit, in light of the decision. While adult-use cannabis programs are not protected by amendment, every recreational cannabis state has a medical cannabis program as well, so federal prosecutors may have difficulty distinguishing between both programs for purposes of prosecution.

The Rohrabacher-Farr Amendment was first passed in 2014 as part of a short-term appropriations bill and has been continuously renewed by federal lawmakers via stop-gap spending measures. The provision is currently in effect until at least January 19th, 2018, when Congress must approve additional spending legislation in order to avoid a federal government shutdown. The provision may be renewed by federal lawmakers, but we will provide updates as the situation develops over the next few weeks.

With a majority of U.S. states having legalized medical cannabis in some form, federal prosecutors also arguably lack the resources necessary to pursue charges against individuals in every legalized state. Bob Troyer, U.S. Attorney for the District of Colorado, issued a statement in response to Sessions’ announcement, saying his office will continue its previous approach to prosecutions against operators, patients and customers in the cannabis industry by “focusing on identifying and prosecuting those who create the greatest safety threats.”  Neither Acting U.S. Attorney for the District of Maryland, Steve Schenning, nor U.S. Attorney for the District of Columbia, Jessie K. Liu, has issued a statement regarding the DOJ policy change, but we will provide an update as this story develops.

The bottom line for our clients, patients, caregivers, providers and operators in the legal cannabis industry remains the same: You should stay informed and look for additional developments relating to any federal enforcement activities and responses from Congress.  You should continue to watch for updates from the U.S. Attorney in your specific state.  If you are a cannabis business operator, you should contact your bank to confirm that it will remain in the industry and/or consider potential banking alternatives.   You should also reach out to Congressional lawmakers in your state about the importance of renewing Rohrabacher-Blumenauer.

Offit Kurman’s Cannabis Practice Group is available to provide you with a tailored analysis relating to your specific situation and questions.  Please reach out to us if you want to discuss how this development affects you and/or your business, or if you would like additional information on how to navigate this uncertain legal landscape.

If you have any questions about zoning in the cannabis industry, please contact Jon Wachs at jwachs@offitkurman.com.

Jonathan Wachs provides strategic counseling and operational advice to clients in the areas of intellectual property, commercial transactions and outsourced legal departments. As head of the firm's Intellectual Property Group, Mr. Wachs works closely with clients to develop, register, analyze, enforce, and transfer intellectual property assets in a customized, cost-efficient, and highly effective manner. Additionally, he conducts intellectual property audits through which clients learn the nature and value of their intellectual property assets and the steps needed to protect such assets from misappropriation or dilution. As a business lawyer, he has successfully negotiated and completed several multimillion dollar business transactions and has served as general counsel to several small and midsize businesses and organizations in various industries and professions. He also manages a blog about intellectual property issues, Friday Factoids. Mr. Wachs co-manages New Paradigm Counsel, a service through which Offit Kurman delivers customized, comprehensive and cost-effective outsourced legal departments. Through New Paradigm Counsel, Jon served as outsourced general counsel for a government contractor, a large printing business, a payment processing company and an identity theft restoration business. 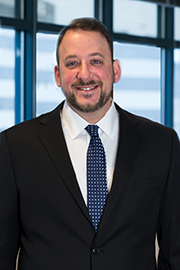 Jason Klein has been practicing law in Washington DC since 2010.  He started his career at a boutique firm specializing in business immigration involving O-1, L-1, and EB-5 visas.  In 2011 he began the Law Office of Jason Klein where he began working with early stage applicants for Washington DC's medical marijuana program.  Since then, Mr. Klein has advised direct and ancillary cannabis businesses and investors on a range of legal issues including choice of entity, formation, commercial contracts, administrative, licensing, and compliance in tightly regulated markets.  Mr. Klein also built a separate real estate and foreclosure practice area representing credit union clients holding non-performing residential loans in the District of Columbia.