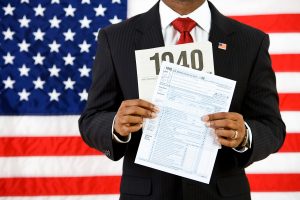 Republicans in Congress have less than a month to meet their 2017 tax reform deadline. If lawmakers can send the Tax Cuts and Jobs Act to President Donald Trump for approval by Christmas, big changes could be in store for the United States tax code.

As we wrote in Part 1 of this article, the House and Senate have each released their own versions of the GOP bill. Both versions are broadly similar, but a few of the differences between them are critical in regards to real estate and construction.

If you missed the previous installment, click here to read an overview of several key provisions—including changes to standard deductions, mortgage interest deductions, income tax rates, and capital gains—contained in the two current versions of the Tax Cuts and Jobs Act.

Continue reading for an analysis of how the Act could impact business owners and the real estate and construction industries at large.

Together, the changes proposed by the Republican tax reform plan would eliminate many of the tax benefits of homeownership—and possibly upend the housing market. Opponents of the plan worry that higher standard deductions, coupled with lower limits on mortgage interest deductions, would make the tax burden of expensive properties too high for many prospective buyers. As a result, these properties would lose value, damaging builders’ and realtors’ bottom lines.

The elimination or reduction of itemized SALT deductions would also negatively impact homeowners in high-tax states such as New Jersey, New York, Connecticut, and California. Anywhere “where property taxes are high, either because home values are pricey or because property tax rates are,” says economist Ralph McLaughlin, is where this change “would have the largest potential impact.”

The pass-through income exclusions would compound the challenges for members of the real estate and construction industries. In a recent statement, David Raymond, CEO of the American Council of Engineering Companies, said he was “seriously concerned” that the bill “would create serious inequities and competitive problems for thousands of America’s engineering firms, which are being excluded from the new 25% pass-through rate.”

Nonetheless, there are those who argue the Republicans’ tax reform plan could improve market conditions.

Economist Jeffrey Dorfman wrote that “[w]hile it is certainly true that there are some locations where a significantly higher share of home buyers will be impacted, it is also true that the mortgage interest deduction is not being restricted in a vacuum”:

Yes, a few million American households may soon only be able to deduct interest on the first $500,000 of new mortgage debt. However, these are high-income households and they will likely find themselves paying less in taxes overall under the Tax Cuts and Job Act as currently proposed.

Similarly, doubling the standard deduction means fewer people will itemize, meaning fewer will use the mortgage interest deduction. Importantly, those households that stop itemizing are doing so because the newly enlarged standard deduction provides them a lower tax burden. Households that have more after-tax income have more money to spend on houses, mortgage payments, and everything else in the economy.

Some proponents of the plan also believe the larger standard deduction could catalyze other, long-term economic changes. In a recent letter, Heritage Action for America, a Tax Cuts and Jobs Act advocacy group, wrote that “[r]epealing the SALT deduction would finally put pressure on fiscally irresponsible state and local politicians, especially in California, New York and New Jersey, to lower their income and property taxes.”

Ultimately, this is all conjecture. Tax reform’s advocates and adversaries can only make educated guesses about how the legislation will affect the overall economy, and circumstances vary from business to business, individual to individual. We won’t know who the winners and losers are until the bill becomes law, if it passes the Senate at all. Recent political history indicates that anything can happen. With that in mind, business owners should prepare for their own worst-case scenarios—even if it means a continuation of the status quo.

Whatever is in store for the tax code, the attorneys at Offit Kurman can help you plan ahead to reduce your liability and overcome your legal challenges.

Click here to learn about our comprehensive legal services. If you have any questions about the Republican tax reform plan, or any real estate or construction law matter, click here to contact us.