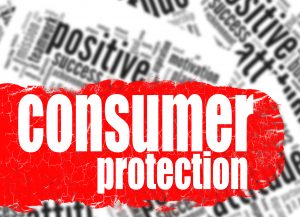 Richard Cordray is stepping down as director of the Consumer Financial Protection Bureau. His resignation is expected to become effective before the end of the month.

CNBC reports that Director Cordray announced his departure in an email to bureau employees sent on Tuesday, November 14th. In his message, Cordray expressed his appreciation for the opportunity to lead the CFPB as its first director.

“As I have said many times, but feel just as much today as I ever have,” he wrote, “it has been a joy of my life to have the opportunity to serve our country as the first director of the Consumer Bureau by working alongside all of you here.”

Cordray also enumerated the bureau’s accomplishments during his time in office, mentioning the “$12 billion in relief recovered for nearly 30 million consumers,” “stronger safeguards against irresponsible mortgage practices,” and the processing of over 1.3 million consumer complaints.

President Barack Obama appointed Cordray CFPB director in 2011, following the agency’s creation through the passage of the Dodd–Frank Wall Street Reform and Consumer Protection Act. Cordray has remained in the position since, despite vehement opposition from Republican lawmakers and members of the financial services industry. The CFPB’s critics and opponents argue that the bureau’s current structure lends its director excessive, unsupervised decision-making authority, and have called for a dismantling of the agency. And courts have found some merit in the argument: last month, a federal appeals court ruled the CFPB’s structure is unconstitutional.

These circumstances and others have pointed to Cordray’s possible exit for some time. Following Donald Trump’s election victory in 2016, pundits expected the President to replace Cordray, but multiple sources say the President has neglected to do so if only to prevent the director from becoming a “martyr.” At this point, it is unclear whether Cordray is stepping down due to political pressure, or to pursue political opportunity—as a potential candidate for Governor of Ohio.

Whatever Cordray’s future holds, his role cannot go unfilled. Cordray will need to name an acting director of the CFPB until the Senate confirms a permanent director. Acting Deputy Director David Silberman is one possible choice for the role, but as with many regulatory developments, those of us outside of the CFPB will simply have to wait and see what happens next.

We will make sure to publish further updates as this story develops. If you have any questions about the CFPB, or any other regulatory mortgage compliance matter, contact us.