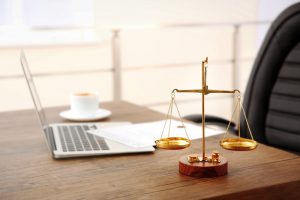 Back in November 2016, the 6th Circuit Court of Appeals made a ground-breaking decision to change a municipal government’s ability to pass Right-to-Work laws, in the absence of State action.  Section 14(b) of the National Labor Relations Act[1] (“NLRA”) allows a “State or Territory” to prohibit so-called “union-security agreements” that require membership in a union as a condition of employment.  Prior interpretations of this statute held that only the State, and not a political subdivision, could prohibit such agreements.

In 2015, Hardin County, Kentucky passed an ordinance ensuring that no employee should be required to join or pay dues to a union.  A coalition of unions filed suit, and were granted summary judgment in their favor by the District Court –holding that the NLRA pre-empted the County Ordinance.  The 6th Circuit reversed, in part, employing the presumption-of-consistent-usage maxim: that the term “State” had to be interpreted consistently within Section 14(b).  If the first reference to “State,” or geographical jurisdiction, includes political subdivisions, then the second reference to “State” must also include political subdivisions.  Accordingly, the County Ordinance was held not to be preempted by the NLRA.

Following this decision, the union coalition filed a Petition for a writ of certiorari with the United States Supreme Court.  That Petition was denied on October 2, 2017.  Hence, the current interpretation of Section 14(b) of the NLRA is that a political subdivision of a State or Territory can pass Right-to-Work legislation.

At of the time of this article there are many counties and municipalities considering Right-to-Work legislation, including a recently introduced ordinance in Sussex County, Delaware.  Court challenges are sure to follow, and Right-to-Work advocates will be watching to see how the various other Circuit Courts rule on this issue.

Questions about this or any other construction law issues? Contact Kevin at kfasic@offitkurman.com 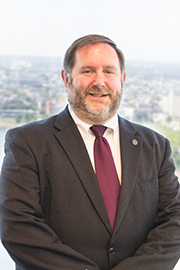 Mr. Fasic has practiced employment and construction law for over 20 years. His practice is primarily management-based, and includes discrimination claims, wage and hour issues, Davis Bacon/Prevailing Wage claims, employment agreements (including restrictive covenant issues and severance agreements), hiring and firing guidance, unemployment claims, and legislative affairs. He appears frequently before various administrative boards and agencies, as well as private dispute resolution forums. He has experience practicing before all of Delaware’s state and federal trial and appellate courts and has experience with trial and appellate matters in the state and federal courts of New Jersey and Pennsylvania. Mr. Fasic is certified by the Delaware Superior Court as both a Mediator and as an Arbitrator, and can serve in either capacity for labor/employment and construction law disputes