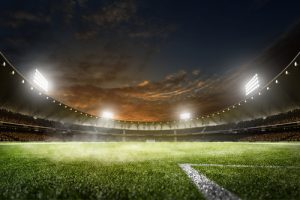 Few things in life get me as excited as soccer. I grew up playing the game, made a very brief career of it, and now thoroughly enjoy watching and giving my son all it has to offer. Much like the practice of law, it has nuances and strategies that can pass without notice to the untrained eye; and it is truly the world’s game.

Soccer’s signature event is the World Cup.  Every 4 years, national teams containing the best players a country has to offer meet in one place to compete in a month long tournament that crowns a world champion.  All the best teams – and most of the best players in the world – are there; and it is the event every soccer player the world over dreams of winning.  The 2022 World Cup is currently scheduled to take place in Qatar.

For those who don’t follow soccer news closely, there was a great deal of controversy surrounding the award of the 2022 World Cup to Qatar.  In addition to what appeared to be some undue influence in the voting process, a number of other things immediately stood out to the soccer world when the tournament was awarded to Qatar.  To start, Qatar has never fielded a team good enough to qualify for the World Cup.  This could be, at least in part, due to another reason soccer enthusiasts scratched their head when the award was announced:  Qatar is a tiny desert nation in the Middle East.  Why, pray tell, did FIFA agree to put the biggest tournament in the world in the desert … in July?

All this being said, the soccer world accepted Qatar’s duties as host nation and moved on to other things (the corruption scandal at FIFA aside).  A relatively new issue has arisen in relation to Qatar’s bid to host the tournament though.  Qatar’s “soccer infrastructure” was very limited.  The need to build soccer specific stadiums for the tournament has led to a very large influx of foreign migrant workers to assist in the construction efforts.  Sadly, current estimates are that as many as 4,000 workers may die in the effort to get Qatar ready.

Workers are lured to Qatar with promises of recruitment fees and higher wages than in their home country.  When they arrive, they are placed in shanty town like squalid conditions to live, worked for long hours in the hot desert sun, and paid far less than promised.  The problem is only accentuated by the fact that many have their visas revoked after arriving so as to prevent them from leaving.

The Qatari government has effectively sanctioned this form of indentured servitude by failing to enforce its own laws and providing cover for those creating these horrible conditions.  News reports vary on how many workers have died after entering the country to work on World Cup stadiums and related projects, but the numbers to date consistently exceed 1,000.  Deaths are being caused by health and safety issues on the sites themselves and by the terrible living conditions the workers are forced to endure.

The current situation is unacceptable and would not be tolerated in any other part of the world.  It should not be condoned in Qatar either; and it’s just one more reason Qatar should not be the face of the “beautiful game” in 2022.

If you have any questions on this or other construction issues, please contact me at jquinter@offitkurman.com or  484.531.1701 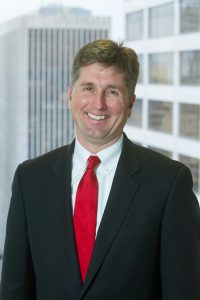 Josh Quinter is a commercial litigation and business planning lawyer with a focus on construction law. Mr. Quinter actively works with his clients in the areas of business planning, contract negotiation and project consulting, risk management and dispute resolution, and litigation. His client service and professionalism have earned him the distinction of being named a Pennsylvania Super Lawyer, a Lawyer on the Fast Track, and a Rising Star.