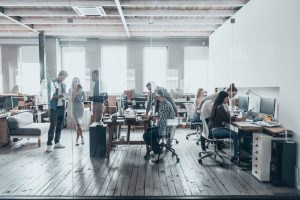 It happens all too often. The Department of Labor or a private attorney representing a class of employees summarily makes a claim for back wages under the Fair Labor Standards Act (“FLSA”) demanding damages based on a three-year “look back” period, asserting that the Wage and Hour violation was “willful.” Previously, many courts interpreted “willful” violations broadly making almost any alleged violations willful. Not so fast.

On September 20, 2017, the U.S. Court of Appeals for the Third Circuit examined what “willful” means in the context of determining whether a two or three year “look back” period is justified for recovery of back wages. Souryavong v. Lackawanna Cty., 2017 U.S. App. LEXIS 18173 (Sept. 20, 2017).  Under the FLSA, whether an employer “willfully” violates the statute is important because such a finding extends the FLSA’s limitations period from two years to three, bringing another year of lost pay within the scope of the worker’s claim.

The Supreme Court defines “willfulness” to include situations when the employer, at the time of its FLSA violation, either “knew” its conduct was prohibited by the FLSA or “showed reckless disregard for the matter.” McLaughlin v. Richland Shoe Co., 486 U.S. 128, 133 (1988). Acting only “unreasonably” is insufficient—some degree of actual awareness is necessary.

However, until the Third Circuit’s decision in Souryavong, there was little clarity as to what degree of actual awareness was necessary for the Plaintiff to show before being granted the longer, three year period of back wages. Souryavong is an unpaid overtime case, where two Lackawanna County employees appealed the decision of the Trial Court, which restricted attorney’s fees awarded to the employee and limited damages to a two year period based on lack of evidence to support “willfulness.”  Given the facts, this decision redefines what many courts in the past would have found constituted willfulness; now it is not.  Of course, the facts of each situation will be determinative.

In Souryavong, the employees each worked two part-time jobs for the County, however, the system the County had in place to track and pay overtime did not combine the hours worked in each part-time job to determine if the employees worked over 40 hours in a week, requiring overtime pay at time and one half.  The County did not dispute its error nor that the employees were entitled to unpaid overtime.  The issue became whether the County was intentionally (willfully) doing it to save money at the expense of the employees, thereby justifying the imposition of an additional, third year of damages—or if it was just an innocent mistake that should only be subjected to the two-year “look back” period.  An entire year’s worth of damages was at stake.

In order for the violations to be “willful” the Third Circuit held that Plaintiffs must show the employer was “subjectively aware of the specific violation” before or during the violation.  Despite the fact that the overtime issue occurred over a long period of time, that County management raised the overtime issue about other employees in an email, and that the County was generally aware of the FLSA’s requirements at all relevant times, the Court found “these three bits of evidence do nothing to show that the County was specifically aware of the two-job FLSA overtime problem as it related to Souryavong and prior to the dates of the violations.”

The Third Circuit held that the employer, “generally understanding” its FLSA obligations, is insufficient to demonstrate “willfulness.”  In its holding, the Court adopted the position of the Ninth Circuit: “Willful FLSA violations require a more specific awareness of the legal issue.” See Flores v. City of San Gabriel, 824 F.3d 890, 896, 905-07 (9th Cir. 2016) (emphasizing that Supreme Court “willfulness” precedents require a showing of some degree of subjective actual awareness of a FLSA violation and that mere negligence will not do).

The Third Circuit also pointed to a lack of egregiousness that is often relied upon in other “sister” circuits in determining “willfulness”.  It was likely persuasive that the County/Employer was not acting in bad faith by asking the employees to work off the clock or lie about hours to prevent triggering overtime pay; it was an unintentional oversight, merely a flaw in the system the County used to track and report hours worked.

Employers and their attorneys now have a better footing to oppose aggressive Plaintiffs’ attorneys or DOL investigators who will always push for the three-year “willful” recovery period. The playing field, at least on this issue, has been somewhat leveled.

If you have questions about FLSA claims or other labor issues, please contact us.