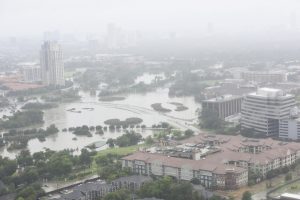 It is difficult to understate the economic impact of a natural disaster. Just take a look at Hurricanes Harvey and Irma: the deadly tropical storms, which recently ravaged Texas and Florida, have caused an estimated $150–200 billion in damages to real estate, infrastructure, and personal and commercial property. Sources of damage include strong winds, tornadoes, and flooding—the consequences of which may become apparent during the days, weeks, or even months after a hurricane makes landfall.

On August 28th, as Harvey’s rains poured down on Houston, water in two local dams rose to dangerous levels. The United States Army Corps of Engineers faced a choice: they could open the floodgates to release some of the water, or they could wait for a catastrophic breach with much more destructive potential. Acting quickly, they decided to drain the dams. The ensuing flood drowned out a number of homes and businesses, forcing some residents who had not already sought shelter elsewhere to evacuate.

Now, some of those individuals are suing the government for millions, and potentially billions, of dollars in damages. Courthouse News reports:

Lead plaintiff Val Anthony Aldred filed a class-action lawsuit against the Harris County Flood Control District and Houston on Sunday night in Harris County District Court on behalf of all homeowners and commercial property affected by the rising waters of the Buffalo Bayou caused by the decision to release water from the Addicks and Barker reservoirs after Monday, Aug. 28.

Several other lawsuits—including one directed at the City of Houston and Harris County Flood Control District—have been filed.

These landowners potentially have claims on the basis of inverse condemnation. The 5th Amendment of the U.S. Constitution states that private property owners must be provided with compensation for property damaged or taken by the government for a public use. (Many state constitutions contain equivalent statutes.) Inverse condemnation differs from the typical eminent domain scenario because the landowner – rather than the government – initiates the legal process to obtain just compensation.

Through inverse condemnation claims, a landowner can demand damages when the government takes or damages private property for a public use. In the case of Houston, victims may argue, that the government “took” their property by knowingly and intentionally damaging or destroying it—even if doing so was the best possible way to save lives and reduce injury at the time. So long as the act was not accidental on the government’s part, the landowners may have a valid claim for inverse condemnation.

Landowners in other states have pursued similar claims. In a recent case before Virginia Supreme Court, two insurance companies sought subrogation for a property damage claim they had paid to a Harris Teeter grocery store. The plaintiffs argued that the damage, caused by flooding from a sewer backup, was due to Arlington County’s failure to maintain its sewer lines. The Court held that there was a potentially cognizable claim.

As they return to their homes and businesses in Texas, Florida, and other evacuated areas, residents affected by the recent hurricanes are likely to discover significant property damage and losses. Property owners do not need to face these tragedies alone. An experienced land use attorney can help individuals pick up the pieces, so to speak, in the aftermath of a natural disaster.

Offit Kurman assists residents in Virginia and Washington, D.C. with complex inverse condemnation and eminent domain claims, along with other land use, real estate, insurance, and commercial litigation matters. To get in touch with an attorney, click here. 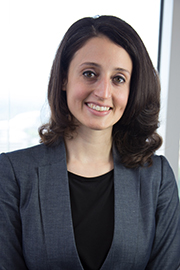 Theodora Stringham focuses her litigation practice on providing diligent attention to clients’ needs. She distills complicated and contentious issues into a succinct and persuasive manner for negotiation and trial presentation.

Theodora litigates complex land use issues, including but not limited to, eminent domain/condemnation matters, zoning disputes, access, and valuation concerns. She has served as a fee counsel for the Virginia Department of Transportation and has also provided representation to individual landowners and developers alike.