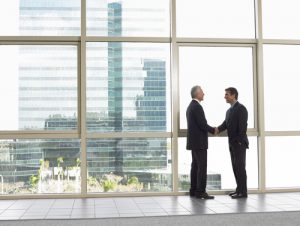 In May’s Lender Legal Update, I covered the impending Financial Choice Act 2.0 passed through committee and on its way to the house and senate—delving into how it would affect both depository and smaller, non-depository institutions. If passed, 2.0 will make substantial revisions to Dodd-Frank, would replace the CFPD with a less autonomous CLEA, help depository banks offer more diversified portfolios—greatly impacting smaller institutions— and ostensibly help provide more enforcement continuity, helping circumvent unpredictability in our industry overall.

Elimination of the CFPD and More Agency Oversight

One major element of this legislation is the replacement of the CFPD with the CLEA (Consumer Law Enforcement Agency), which would have a director appointed by President Trump—giving way to contention in the house and senate over who is chosen. Regardless of who runs the agency, it’s going to have a lot less power and a lot more oversight, which is a major plus for banks.

There’s essentially going to be an Inspector General and the agency will be required to undergo economic oversight, meaning anytime the CLEA wants to try and pass something, the new legislation would have to be analyzed to determine if the legislation’s benefit outweighed its negative impact on the economy. This ultimately shirks the agency’s autonomy.

The Inspector-General would also have the right to review appeals from examination findings.  As such, the agency would no longer be able to employ their unfettered “judge, jury, executioner” approach, and companies being examined would have the opportunity to appeal findings.  In addition, immediate appeal rights would be created for companies facing enforcement.

Currently, a company has to undergo a lengthy and costly administrative process before getting to a court. Now a lender could bypass that and have the right to immediately petition to go to court, saving a lot of money and time.

Another advantageous aspect of this bill is the CLEA would now be required to have an advisory opinion process implemented, where lenders will be able to come in and pitch new technologies or products to enhance risk and competition, without the current limitations. The agency will have to provide answers in order to get pitches underway.

The Impact on Non-Depository Institutions

One major amendment being proposed in this legislation is that it would amend the ‘ability to repay’ laws, providing additional flexibility for products offered by large depository institutions. The institution could basically treat that loan as a QM even if it’s otherwise a non-QM as long as the lender held the loan long enough for the ATR risk to effectively become moot. For instance, if you had a loan that was theoretically stated income, a depository institution could now hold the loan until sufficient payments were made negating any ATR risk. This would allow depositories to offer a whole array of diversification of products, putting non-depository lenders at a disadvantage. Even small depositories would be limited in the extent they could provide these products since they would not have sufficient capitalization to hold loans long enough to negate AATR risks. In either case, this proposal would put large depositories at a marked advantage over smaller depositories and non-depositories.

Look out for non-depository or small community banks. If this gets passed, you won’t be able to offer what depository banks can.

Despite any negative blows to non-depositories, both small and large institutions alike can look forward to more consistency if 2.0 is passed. For instance, the CLEA would be cutting out the ability to impose enforcement actions on UDAP, which will be limited to other regulators like the FDIC etc. This new agency won’t be able to impose fines for supposed violations or unfair practices, further cutting the agency’s authority and eliminating more unpredictability and uncertainty.

One silver lining, with perhaps more of an overshadowing, for the non-depositories is the matter of transitional licensing, with the legislation providing loan officers the ability to go to non-depositories or non-federal insured institutions without having to acquire a new license. However, given the diversification that will be allotted to depositories, few are going to be migrating away from them.

Perhaps one of the most significant arms of this bill is the change to how the agency will be funded. As it stands congress has very little oversight on the CFPD, but the CLEA will be better regulated due to shifts in funds, greatly benefiting banks across the board.

Whether working with a non-depository or depository institution, the Financial Choice Act 2.0 foreshadows significant changes to how businesses will be run, and it urges you to take a look at how it would affect you now rather than when it’s too late.