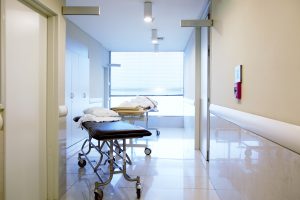 The Superior Court examined United States v. Kovel, 296 F.2d 918 (2nd Cir. 1961), which addressed whether a law firm specializing in tax law could communicate with an accountant to help the lawyers give legal advice to a client. The U.S. Court of Appeals for the Second Circuit noted that waiver of the privilege would not occur if an attorney was using the assistance of an interpreter to overcome a language barrier. The Second Circuit stated that accounting principles are often a foreign language to attorneys, therefore the use of an accountant to facilitate communication with a client is not different than the use of an interpreter. The Superior Court acknowledged the Second Circuit finding that the privilege applied because the “presence of the accountant is necessary, or at least highly useful, for the effective consultation between the client and the lawyer.” The Superior Court found that the presence of the third party “must be necessary or, at the very least, useful for purposes” of the lawyer giving legal advice. The Bousamra court held that the public relations consultant was not hired to aid in rendering legal advice, so the privilege was waived by giving the legal opinion letter to the public relations consultant.

Next, the Superior Court examined whether the work-product privilege could protect the attorney opinion letter. It noted that the work-product privilege is embodied in Pa.R.Civ.P. 4003.3. It discussed the appellee’s argument that the letter could not be work product because there was no pending litigation when the letter was drafted and thus it was not prepared in anticipation of litigation. The court examined a Commonwealth Court opinion, Bagwell v. Pennsylvania Department of Education, 103 A.3d 409 (Pa.Commw. 2014), which addressed whether Penn State University had waived the attorney-client and work-product privileges in connection with hiring attorneys to provide advice relating to the allegations against former Penn State University football coach Jerry Sandusky. In Bagwell, the Commonwealth Court rejected an argument that documents prepared by attorney Louis Freeh, an independent investigator hired by Penn State, were not protected by the work-product privilege because they were not created in anticipation of litigation. The Bagwell court noted that given the nature of the allegations against Sandusky, Penn State clearly anticipated that there would be litigation. It noted that although no litigation was commenced, since litigation was on the horizon, the attorneys’ mental impressions were undisputedly protected work product.

If you have questions about the attorney-client or work-product privileges, please contact Ryan Boland at rboland@offitkurman.com or 267-338-1312. 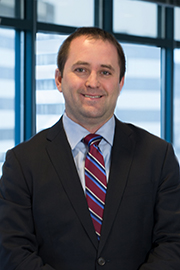