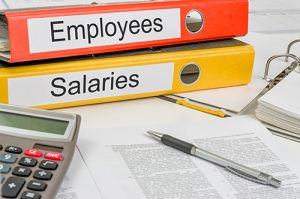 On May 23, 2017, the City of Philadelphia will become the first city in the United States to prohibit employers from inquiring, either in writing or otherwise, about an applicant’s wage history during any stage of the employment process. The restriction applies uniformly to all public and private employers and employment agencies doing business in Philadelphia, regardless of size, or who employ at least one employee (excluding family members) within the city limits.

Modeled after Massachusetts legislation that will not go into effect until 2018, the prohibition is aimed at shrinking the wage gap between men, women and minorities. According to a 2015 U.S. Census Bureau report cited in the ordinance, women are paid 79 cents for every dollar a man makes, with women of color being paid even less. Black women are paid only 68 cents to the dollar paid to a man, Latinas 56 cents, and Asian women 81 cents.

The prohibition is intended to filter out discriminatory factors that are already baked into the wage history for female and minority applicants and restrict these factors from playing a role in future salary considerations. Instead, “salary offers should be based upon the job responsibilities of the position sought and not based upon the prior wages earned by the applicant.”

Many businesses and organizations have already questioned the restriction, as yet another example of government overreaching, amounting to an unconstitutional restriction of employers’ First Amendment rights.  While there may be legal challenges, any are unlikely to be resolved by the May 23, 2017 effective date. Practically speaking, Philadelphia employers should act now to ensure compliance, pending the outcome of any challenges. This means, as a starting point, removing prior wage questions on applications and training personnel involved in the hiring and recruitment process on what can and cannot be asked.

Because the Philadelphia Ordinance broadly defines the terms “to inquire” and “wages”, almost any question regarding prior income, commissions, fringe benefits, employer withholdings on behalf of the employee, or methods of calculating compensation could be interpreted as unlawful; a thorough understanding by hiring and recruiting personnel is paramount.

There are two notable exceptions in the Ordinance: for unprompted disclosures by an applicant that are done knowingly and willingly, and for jobs that specifically require under federal, state, or local law the disclosure of wage history. Even if your city or town does not have such a prohibition, it may be wise to fully understand it, as it likely may be on the horizon.

Employers should speak with an experienced employment law attorney to ensure complete compliance with the law.