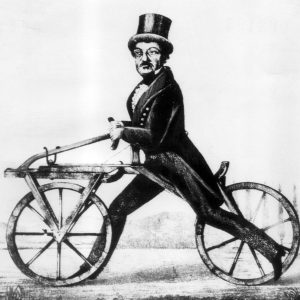 The humble bicycle, which marks its 200th anniversary this year, owes its birth to the gigantic eruption of Indonesia’s Mount Tambora in 1815. The debris launched into the atmosphere briefly cooled the globe and ruined harvests around the world. One result was a shortage of feed for horses in Germany, where they were slaughtered in large numbers. In desperation over the loss of the animals, Baron Karl von Drais, a German aristocrat, began experimenting with the idea of human propulsion. Two years later he devised the first two-wheeled vehicle.

Got an interesting Fast Fact for a business audience? Please send and share it with our 1,653 subscribers. Click here to subscribe to Read|Delete and receive fast facts delivered weekly.