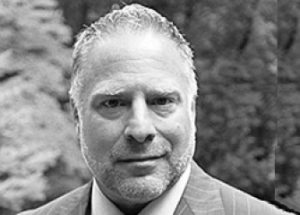 Dean Petkanas is the CEO of Kannalife Sciences, a biopharmaceutical company that researches and develops medical and therapeutic applications of cannabinoids—chemical compounds derived from the cannabis plant. Founded in 2010, Kannalife Sciences focuses its efforts on creating treatments for brain diseases, disorders, and conditions such as Alzheimer’s disease, epilepsy, stroke, Arterial Lateral Sclerosis (ALS), Parkinson’s disease, and more. The company has the distinction of holding an exclusive license with National Institutes of Health – Office of Technology Transfer (“NIH-OTT”) for the Commercialization of U.S. Patent #6630507, “Cannabinoids as Antioxidants and Neuroprotectants.” Kannalife has earned recognition as medical innovator for its research on the use of cannabinoids as a neural protector to treat Chronic Traumatic Encephalopathy (CTE). Numerous publications, including Sports Illustrated, have featured the company and identified its research as a possible solution for professional football players and other athletes who regularly suffer repeat brain injury.

Q. Tell us about your background.

DEAN PETKANAS: I started in investment banking, on the equity side of the market, in 1989, and helped set up an investment banking and research division at Stratton Oakmont. I left the firm in 1992, continued to do some work in the merchant banking space on and off Wall Street for a period of another nine or ten years. In 2001, I left the Street.

Q. When did you meet Kannalife founder Thoma Kikis?

A. Thoma Kikis is an interesting story. I actually met Tom by chance many years earlier. There’s about a 15-year age difference between us. An old childhood friend of mine was his babysitter, and she was dating a close friend of mine at that time, so they asked me to hang out with them one Friday night while she was babysitting. I saw Tom and his two brothers sitting in the living room, and that’s the first time I met him.

But as the real story goes, Tom helped me brand a product that I made, which was a coffee drink back in 2006–2007. It was the same babysitter who asked me to meet with him because he’s a branding expert and design expert. We reacquainted ourselves then. He was also principal of Ovie Entertainment, an indie film producer, at that time

Several years went by and Tom got bit by some kind of a bug in California, and he felt the need to enter into this medical marijuana marketplace. He called me in 2009 and asked me if I would help him involve himself in the space, but his ideas and my ideas were completely, diametrically opposed to one another. I didn’t want to have anything to do with the agricultural medium of the market or the dispensing medium of the marketplace. In contrast to, I wanted to be specifically in the pharmaceutical space, which was completely underdeveloped within the realm of the sphere of cannabinoid therapeutics.

We followed that path, and in early 2010, we came upon a disease. That disease is a disease that his father had. His father passed away in December from a long battle with the disease, and we focused primarily on hepatic encephalopathy, and the use of cannabidiol to treat that disease. That brings us to where we are today.