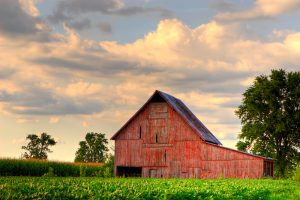 When there are multiple insurance policies in play, the operation of other insurance clauses can have unexpected consequences.

In February 2013, the house was damaged by a tornado. Southern and Affiliated disagreed about which insurer owed primary coverage. Southern denied coverage and filed a declaratory judgment action seeking a court ruling that either the Affiliated policy was primary or that Southern owed only its pro rata share of the loss (less than 1 percent). The University and the Alumni Association were both joined in the suit and were required to defend. It was not until a year after the fire that Affiliated began to pay the loss, a process that was not complete until some 20 months after the loss.

The Affiliated policy contained the following other insurance clause.

If there is other insurance covering the same loss or damage that is covered: [6]

Then this insurance will apply only as excess and in no event as contributing insurance, and then only after all other insurance has been exhausted, whether or not such insurance is collectible.

Other than the competing other insurance clauses, the policies were silent as to priority of coverage.

Each insurance company claimed the other was solely liable for the loss. The Fifth Circuit found that both insurers covered the same risk for the benefit of the University and the Alumni Association and, moreover, that since each other insurance clause purported to make its coverage excess to the other, the clauses were mutually repugnant. Under Mississippi law, where other insurance clauses are mutually repugnant, courts apportion loss payments between insurance companies pro rata, according to the policies’ respective limits.

The court rejected Affiliated’s argument that the allocation should rely on Affiliated’s scheduled value of the house, about $3.7 million, rather than the $500 million policy limit. Even though the Affiliated policy had a schedule of individual properties and their values, the policy did not limit liability based on this schedule by a scheduled limit-of-liability endorsement or otherwise.

This case teaches valuable lessons. First and foremost, landlords must structure the insurance program for tenanted buildings to avoid other insurance disputes. The other insurance issue gave the insurers an excuse to delay paying the loss for over a year. Most insureds, even commercial insureds, can suffer serious consequences if a $3 million loss is not paid promptly. In addition, the insureds became parties to the coverage litigation and were required to participate—another unnecessary and avoidable expense.

A landlord must make sure that leases not only clearly specify which policy is primary but must have a procedure in place to make certain all the policies are properly endorsed to achieve that goal. Here, the tenant fulfilled the lease obligation to obtain property insurance, but either the lease did not specify priority of coverage, or the landlord did not verify that the lease requirements were met.

Insureds should review policies when received and pay attention to other insurance provisions and priority of coverage provisions. If there is the possibility of overlapping coverage, priority of coverage should be addressed. In addition, overlapping coverage should be evaluated to see if it is necessary, as one or more policies can be endorsed to limit the overlap and save premiums.

Other insurance issues have been around since property insurance developed. The fact that the rules are well known and the case law is well developed does not mean that a policyholder cannot get caught up in a dispute between insurers to its own detriment. These problems can be prevented as long as policyholders are aware of their existence and take the minimal steps necessary to prevent them.