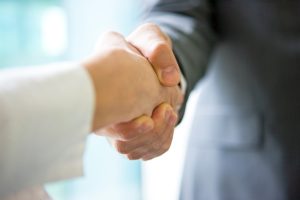 As the year comes to an end, this nugget will highlight some interesting and fun facts regarding the history of mergers.  Although it is thought that the first merger occurred in 1709, it was not until the period of 1897-1904 that the first tidal wave of mergers occurred, that period being the first of five main merger periods.  Many merger periods, including the first one, either followed or were followed by a stock market crash or depression.  The 1897-1904 merger period created industrial giants like DuPont and U.S. Steel, and many other monopolies.  As it became apparent that too many monopolies were being created, Theodore Roosevelt became a merger “buster” in the early 1900s and the first merger wave ended.  Another major merger wave from 1981-1989 was catapulted by the Ronald Reagan presidency.  In 1982, a merger was fended off when Martin Marietta employed the first “Pac-Man” defense to thwart its buyer, Bendix.  Martin instead became the buyer of Bendix.  Although there has been substantial merger activity over the last decade, including 2016 (Anheuser Busch-Miller, Dell-EMC and ATT-Time Warner) the largest mergers of all time occurred in 2000, with the Vodafone-Mannesmann merger ($183 billion), AOL-Time Warner merger ($181 billion) and MCI/Worldcom-Sprint merger ($127 billion).  There have been major sports mergers, the main one being the merger of the National Football League with the American Football League in 1966.  My recent nuggets have discussed factors that make a target attractive and factors that tell you to stay away from a target.  Even giant companies make merger mistakes.  A few of the most productive mergers include Disney and Pixar, JP Morgan and Chase and Exxon and Mobil.  A few of the notoriously bad mergers include Sears and Kmart, Daimler Benz and Chrysler, and AOL and Time Warner, that merger also being the second largest ever.  May you make the right merger decision and have a prosperous New Year. 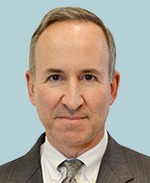 Glenn D. Solomon Esq., is a principal at the law firm of Offit Kurman and has provided counsel to businesses and business owners for more than twenty-five years, with extensive experience in the purchase and sale of businesses, structuring ownership agreements, and advising companies in financial distress.