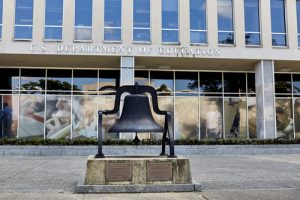 Higher education is regulated by three sources of regulation: 1) the Department of Education under the Higher Education Act, 2) authorization by states where the institutions are located, and 3) institutional accreditors.   These three sources of regulation are known as the regulatory triad.  In the context of interstate distance education the triad had a major shortcoming:  it was unclear how states should regulate providers of distance education that were not physically located in their states.  Should a state regulate an institution simply because a student in that state takes a course online?  Should a state only attempt to regulate an institution if there is some arguable physical contact with the state, such as the school placing student teachers or interns?  What type of authorization process should the institution be required to go through?  These questions were difficult for the federal government and state regulators to answer.  Unfortunately, for higher education institutions, each state answered the questions differently, causing states to potentially deal with regulations by 50 different states.

The Department of Education responded in 2010 by issuing a rulemaking on state authorization of distance education.  However, that rulemaking was quickly set aside by the U.S. Court of Appeals for the District of Columbia.  Since that time institutions and state regulators alike have expected the Department of Education to once again issue a rulemaking on the topic, but what that rule would look like was unknown.  This created great regulatory uncertainty across the industry.  However, several state regulators responded by working together to create the State Authorization Reciprocity Agreement (SARA), and now most states, including D.C., Maryland, Pennsylvania, Virginia, and West Virginia, have joined SARA.   Institutions located in SARA member states are able to join SARA and then offer distance education in other SARA member states.  The SARA process is streamlined and continued reporting obligations are efficient.  SARA has been seen as a huge success and leveled the playing field between smaller institutions and large institutions (for-profits, non-profits, and state institutions alike) who had invested heavily in obtaining authorization in each individual state. However, no one knew whether SARA would be eliminated under the expected Department of Education rulemaking on state authorization of distance education.

This uncertainty has been eliminated.  On December 16, 2016, the Department of Education published its final regulations on state authorization of distance education.   The regulations are effective July 1, 2018. The regulations:

The regulations should be welcomed by state regulators and institutions alike.  The regulations allow SARA to continue, which (i) removes a burden from state regulators who lack the resources to regulate every provider of distance education offering courses in its state, and (ii) ensures that institutions of higher education located in SARA member states can offer distance education to most students in the United States with limited regulatory hassle.  The regulations also protect students because the regulations provide that state reciprocity agreements cannot abrogate a state’s ability to enforce its own statutes and regulations.  The rules also ensure that students are given appropriate disclosures, including about whether or not the distance education program can lead to licensure in their state of residence. This last point is particularly important for students who want to enroll in teacher initial licensure programs because some students have struggled to obtain licensure in their states of residence as a result of their institutions lacking state required specialized programmatic accreditation and approvals.

However, the rule contains some shortcomings, such as exactly what is meant by a state enforcing its own statutes and regulations?  Is it possible that this requirement could swallow the entire reciprocity structure since if interpreted broadly it could subject institutions to state specific regulations?  Also, what about institutions located in non-SARA member states (two large ones remain: California and Florida), how are they now going to comply?   What about students located in non-SARA member states, are they being harmed due to lack of choice and competition?

In light of the change in administration, it is unclear how this regulation will be implemented.  It is possible that the regulation could be eliminated through the Congressional Review Act (which I previously wrote about here).  However, elimination of this rule would be disappointing, because while the rule does have shortcomings, it appears to strike the right balance and those shortcomings can be mitigated by favorable and sensible guidance issued through Department of Education Dear Colleague Letters.