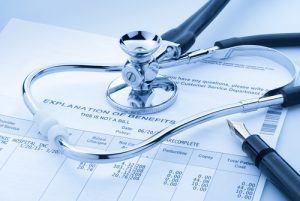 A new guessing game has enveloped the Nation’s Capital:  What will happen to the Affordable Care Act when President-elect Donald J. Trump takes the oath of office on January 20?  Will he follow through on his campaign pledge to repeal and replace the ACA, President Obama’s signature domestic policy achievement?  No one has a crystal ball but here’s a plausible scenario for what will happen.

During the campaign, Mr. Trump promised to repeal and replace the ACA immediately upon taking office. Under the current proposal in the U.S. House of Representatives, the ACA’s individual and employer mandates would be repealed.  The controversial excise tax on high-cost health care plans (known as the Cadillac tax), due to take effect in 2018, also would be repealed although the deduction that employers can take for the cost of health care provided to their employees would be capped.

After his election, President-elect Trump softened his position.  He has indicated he supports several of ACA’s key provisions, including the ban on underwriting based on preexisting conditions and coverage under a parent’s health care plan for children until age 26.  It also appears unlikely that the new administration will simply deny health care coverage to the 20 million people who have gained coverage under the ACA.  The new administration, backed by a Republican-controlled Congress, likely will continue tax credits to individuals without employer-provided health coverage and expand tax benefits associated with health savings accounts.  Although it is unpopular with some Republican Governors, it is unlikely that the Medicaid expansion under the ACA will be eliminated.

As it is often said, the devil is in the details.  Preserving some ACA provisions and eliminating others may be difficult to achieve.  The ACA is complicated and any tinkering has to take into account potential unintended consequences.  Plus, Republicans in the U.S. Senate will have to face a large and determined contingent of 48 Democratic Senators.   It also is likely that any significant changes will be phased in or delayed so that stakeholders in the modified system can understand and comply with changes.  What is clear is that change is coming to the ACA.  The only question now is when and to what extent.

In the meantime, employers and their welfare plans with 50 or more full-time equivalent employees will still need to offer health care coverage and to file Form 1094 and Form 1095 for 2016. Other requirements under the ACA and ERISA, the federal group benefits statute, also must be followed.

Stay tuned.  Things are about to get interesting.