By: Don Foster, The Legal Intelligencer

This is the first in a two-part series. 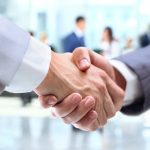 We have all heard the adage that a person who represents himself has a fool for a client. The idiom is intended to apply generically to all pro se litigants, but applies as much to the attorney representing him or herself as it does the nonlawyer—the reasoning being at least in part that the role of counselor and advocate merges with the subjective desires and objectives of the client and eliminates the independence and objectivity that is often needed in an attorney-client relationship. Knowledge of the law and experience in the courtroom are not substitutes for objectivity and realistic expectations, so the merger of the autonomous counselor with the dependent client has practical ramifications, most of them negative, due to the absence of the independence which is the hallmark of ­service as legal counsel.

But are there legal ramifications? If the lawyer commits malpractice because he is a tax lawyer defending himself against a criminal charge, can he sue himself? Doubtful, because he assumed the risk and no legal malpractice carrier would insure the risk. If he fails to keep himself fully informed about important events in the case has he violated a rule of professional ­conduct? Of course not. He as counsel has no duty to keep himself as client informed. The “client” already knows what the “lawyer” has not told him. If he discloses confidential information about his case to third parties, has he violated an attorney-client confidence? Here again, the question is all but rhetorical because, as is discussed further below, the linchpin of the attorney-client relationship, independence, is absent, and a client is always free to disclose to third parties a confidential communication with his attorney.

As obvious and intuitive as may be this particular example of the merger of attorney and client, there are situations that can arise within the law firm setting in which the existence or absence of an attorney-client relationship between attorneys within a firm may not be so obvious, with concomitant effect on the application of the rules of ­professional conduct. This comes up frequently when one attorney asks another attorney in a firm, usually a subordinate associate, to run what is effectively a legal errand for the senior attorney. These requests can come in myriad different forms: appearing at a licensing and inspection hearing at which the boss’s application to expand a back patio will be an agenda item; representing the senior attorney at closing on the purchase or sale of a house; prosecuting or defending a collection case in Municipal Court; defending a criminal charge at a preliminary hearing. Whether the senior attorney is present or not, the junior attorney is doing what he or she has been told to do by one of his or her bosses. In these situations, is there an attorney client relationship formed so as to implicate the rules of professional conduct, or which permits the senior attorney to sue the associate and the law firm in the event that the associate does something wrong and the “client” suffers a loss?

The balance of this article makes the case for the proposition that there is no attorney client relationship unless certain criteria are met, and that the relationship is simply that of employer/employee with whatever remedies an employer would have if it is displeased with the job performance of an employee.

Attorney malpractice claims, whether civil or criminal, bear the traditional ­elements of a general claim of negligence-duty, breach, causation and damages. Absent an express contract, an implied attorney-client relationship will be found if the purported client sought advice or assistance from the attorney; the advice sought was within the attorney’s ­professional competence; the attorney expressly or impliedly agreed to render such assistance; and it is reasonable for the putative client to ­believe the attorney was representing him, as in Sheinkopf v. Stone, 927 F.2d 1259 (1st Cir.1999); see also, Atkinson v. Haug, 424 Pa.Super. 406, 622 A.2d 983, 986 (Pa.Super.1993); Kirschner v. K&L Gates, 46 A.3d 737 (Pa.2006); and in Cost v. Cost, 450 Pa.Super. 685, 677 A.2d 1250 (Pa.Super.1996).

An attorney-client relationship is only created when a principal, the client, retains an agent, the lawyer, for the lawyer’s ­independent advice, insight and experience. But is that what typically happens when a law firm asks a junior attorney to represents its interests, or a senior lawyer asks a junior lawyer to represent his personal interests? The answer is generally no, unless there is a clear understanding to the contrary on the part of both of the parties to the relationship.

This rule stems from the fact that in such a situation there is no independent legal counsel whose opinion has been sought by a client, and who is acting as an agent of a client. The role of principal and agent conflate into one where the attorney is representing the interests of the firm or his own interests, as in Kay v. Ehler, 499 U.S. 432, n. 6 (1991) (a pro se attorney does not qualify as an “attorney” under a fee shifting statute due to the absence of a principal and agent relationship); Trope v. Katz, 11 Cal.4th 274, 45 Cal. Rptr.2d 241, 902 P.2d 259 (1995) (law firm representing itself cannot recover attorney fees; attorney fees implies existence of attorney-client relationship, which does not exist when a firm attorney represents the firm); Witte v. Kaufman, 141 Cal. App.4th 1201, 1210-11, 46 Cal. Rptr.3d 845 (2006) (when firm attorneys represent their firm they are representing their own interests); see also, PCLM Group v. Drexler, 22 Cal. 4th 1084, 1093-95, 95 Cal. Rptr. 198, 997 P.2d 511 (2000) (explaining Kay v. Ehler and Trope and holding that in-house ­counsel to a corporation retained only to represent corporation does qualify as an ­attorney to his client, the corporation).

So, for instance, were an associate in a firm to be instructed to provide logistical support to a firm’s outside counsel in litigation involving the law firm, or to provide ­assistance to an individual partner in the firm in a personal matter, the reasoning of these cases suggests that the associate is serving the interests of his or her boss, not those of a client, and that there is no attorney-client relationship that would implicate the rules of professional conduct or industry standards of care. This conclusion has its roots in the ­common law of agency and the bedrock principle that a principal (the client) and an agent (the attorney) cannot be one and the same person. This aspect of the attorney-client relationship will be addressed further in the second part of this article. • 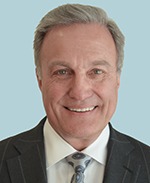 Don Foster serves as the Chair of Offit Kurman’s Commercial Litigation Practice Group. He is an experienced litigator, having tried cases to verdict in federal and state courts throughout the country, but also serves as outside general counsel and advisor to small businesses in a variety of industries. His trial and alternative dispute resolution experience is varied and includes disputes involving title insurance, intellectual property, health care, franchising, corporate governance, law firm partnership and closely held businesses. He also frequently litigates fiduciary disputes in Pennsylvania’s Orphans Courts.