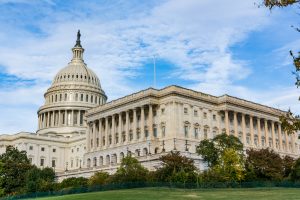 The Congressional Review Act (“CRA”), which has only been successfully utilized once since its enactment in 1996, provides the United States Congress with a streamlined procedural tool to pass a joint resolution overriding final administrative rulemakings that are considered economically significant.  If Congress passes a joint resolution overriding a final rulemaking the resolution is sent to the President for signature. Practically, the CRA has limited value because a President is unlikely to overturn his own administrative rulemaking and will therefore veto any joint resolution that arrives on his desk. However, that practicality is eliminated after a transition in Presidential administrations, like will occur on January 20, 2017.

Under the CRA, Congress has a set period of time to act after an agency’s submission of a final economically significant rulemaking.  The CRA allows for the time period to be reset in a new Congress for final rules that were submitted to the previous Congress subsequent to the 60th day prior to the adjournment of both houses of Congress.  The Congressional Research Service estimates that this will result in each final economically significant rulemaking submitted by the Obama Administration after May 30, 2016 being subject to the CRA.  Any CRA joint resolutions passed in the new Congress are likely to reach President Trump’s desk for signature because the Democratic minorities will have no power to stop the joint resolutions since they are not subject to filibuster in the Senate.

The term “economically significant rule” is given a broad definition by the CRA, which provides it includes “any proposed or final rule, including an interim or direct final rule, that may have an annual effect on the economy of $100,000,000 or more or adversely affect in a material way the economy, a sector of the economy, productivity, competition, jobs, the environment, public health or safety, or State, local, or tribal governments or communities.” As a result, the CRA is likely to encompass a significant number of rulemakings that have gained attention over the final 8 months of President Obama’s term, including the Department of Education’s Borrower Defense to Repayment Rule and the Department of Labor’s final overtime rule (depending upon the date of Congresses’ adjournment) .

The new Congresses’ possible use of the CRA creates great regulatory uncertainty.  Few prudent attorneys will ever advise a client not to take steps to comply with a forthcoming regulation prior to its effective date.  However, business leaders will likely weigh the probability of certain rulemakings going into effect against the costs of readying their organizations for compliance.  It is advisable that businesses and organizations work with their legal counsel to determine which recent rulemakings are likely to most negatively impact their operations.  These rulemakings should then be communicated to government affairs staff, industry associations, and key stakeholders in Congress.

The next several months are likely to be extremely active on the legislative and regulatory front.  Those interested in influencing policy decisions, including selection of the rules that may be reviewed by the next Congress pursuant to the CRA, are advised to budget time and funds to prepare briefing materials and to brief key legislative staff.   If you have questions about the CRA’s impact on your business or organization, please contact us.