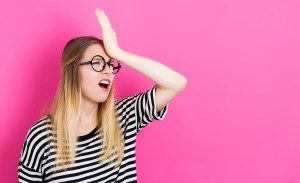 What’s a franchise?  Franchise registration and disclosure laws define a “franchise” more broadly than people generally realize.  A company may be franchising without knowing it.  The “license” agreement may have been drafted, for example, by an attorney who has limited knowledge about franchise law.  Hence the popular topic (at least among franchise lawyers) of the “inadvertent” or “accidental” franchisor.

A business owner who has run a successful “test” of licensing its business may decide that the next step is to set up a franchise system, not realizing that the test was already a franchise sold in violation of one or more franchise laws.  The violation would consist of the licensor’s failure to prepare a franchise disclosure document (“FDD”) as required by the Federal Trade Commission’s trade regulation rule on franchising (the “FTC Rule”) and to deliver the FDD to the prospective franchise buyer at least two weeks before the franchise buyer signs an agreement or makes a payment to the franchisor.  If a state franchise law applies, the violation may also consist of the licensor’s failure to register the offering with the state.

Or a business may have granted several “licenses” without knowing about the federal and state requirements.

How can a noncompliant franchisor get back on track to roll out a program to sell franchises in multiple states in compliance with the franchise laws?

Here is one approach:

In Item 1 of the FDD, the franchisor must disclose the business experience of “any affiliates that offer franchises” including the length of time each has offered franchises for the type of business that the franchisee will operate.  In other words, the franchisor will need to disclose the initial test “license” or the accidental franchises.  If one or more of the accidental franchisees is located in the examiner’s state, the examiner is certain to raise the issue of a possible violation.

Proactively self-reporting the violation and pointing out mitigating factors is far superior to becoming a target of an investigation.  Before reporting violation, of course, the company should be sure that no exemptions apply.

Mitigating factors may include reliance on the advice of counsel who did not recognize the relationship as a franchise and the fact that no franchisee has complained or lost money as a result of the franchise purchase.  Catching the problem early is helpful because franchisees are likely to be optimistic while still in the “honeymoon” phase of the business.  A happy franchisee is not likely to rescind the agreement.

New York has a very specific provision dealing with this situation.  Section 691(2) of the New York General Business Law states that a person may not file or maintain a lawsuit against a franchisor for violation of the New York Franchise Sales Act if that person receives a rescission offer from the franchisor and does not accept such offer within 30 days after the franchisee receives it.  At least 10 business days before making the rescission offer, the franchisor must submit the offering documents to the Department of Law (the state Attorney General’s Office).

Must the franchisor disclose the AOD in Item 3 of the FDD?  The short answer is no.  In Item 3, a franchisor must disclose, among other things, any pending administrative, criminal or material civil action alleging a franchise law violation against the franchisor or any of its affiliates.  The franchisor must also disclose any currently effective injunctive or restrictive order or decree resulting from a pending or concluded action brought by a public agency relating to the franchise.

An AOD does not result from a civil action or proceeding.  For this reason, it is not appropriate to disclose the AOD in Item 3 of the FDD.  An AOD is a creature of New York Executive Law Section 63(15), which provides in part as follows:

“In any case where the attorney general has authority to institute a civil action or proceeding in connection with the enforcement of a law of this state, in lieu thereof he may accept an assurance of discontinuance of any act or practice in violation of such law from any person engaged or who has engaged in such act or practice.”

An AOD entered into pursuant to New York Executive Law Section 63(15) should not be disclosed in Item 3 because the AOD is not an injunction or restrictive order or decree resulting from an action brought by a public agency.  The AOD is signed “in lieu” of an action.

On the other hand, if the Attorney General’s Office actually prosecutes a case against the franchisor for a willful violation that causes harm to a number of franchise buyers, then the franchisor will have to disclose the action and any resulting judgment in Item 3.