An entrepreneur innovating in engineering, defense, and mobile technology 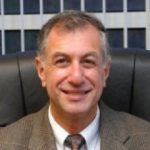 Warren Citrin is an entrepreneur and the CEO of Fractograf. For more than 20 years, Warren has played an integral role in Maryland’s startup community. In addition to Fractograf, he has founded several companies, including Redox Power Systems, Alchemee, Solipsys Corporation, and Gloto Corp. Through his business ventures, Warren has been involved in diverse industries such as cybersecurity, engineering, and mobile technology. He also spent 18 years as an assistant supervisor of the Engineering Analysis Group at Johns Hopkins University Applied Physics Laboratory, and holds patents in multiple fields. In 2003, Warren won Ernst & Young’s Maryland Entrepreneur of the Year award.

EDWIN WARFIELD: What advice would you give to fellow entrepreneurs?

WARREN CITRIN: Before you start these things, you won’t do it. Naiveté and alcohol are extremely important in starting any business. I’ve never seen one start that didn’t include those two elements, because it’s so daunting and you don’t realize that until you start. It’s like you didn’t feel like swimming, but all of a sudden you’ve found yourself in the pool, so you’re going to swim, and that’s what happens. You find resources within yourself. You probably would have said either “I don’t think I can do that” or “I just don’t really want to take on such a burden.”

Particularly, as you begin to get a payroll, you have the lives of other people depending on your success of the operation, and people aren’t just people—people are families, people are kids in college, people are a lot of things. I had a rule very early on that I would never hire anybody until I could convince myself I could pay them for 18 months. After 18 months, okay, you knew that this was a risky venture but I wouldn’t pull somebody out of a steady job and then tell him three months later, “Oh, sorry, maybe you can get your old job back.” I would never do that. We would never do that now. I mean, I could tell you a lot of lessons that I learned along the way but I think the lessons that entrepreneurs learn are usually very different from each other. It depends on what they go into. It depends on their experiences with collaborators, with employees, with customers, so I would just let them find out for themselves.

What motivated you through that period of time?

I was never a good employee, even before getting into entrepreneurship in 1996, because I always felt that I was swimming under the surface of a bucket of molasses. You think: we’re not moving fast—how can I get people? Why can’t I buy that thing? Why can’t we just go ahead and do this? Why is there so much in the way? Once I was able to break free from that, and you look around and there are so many interesting things to get involved with that maybe a little bit more focus would benefit. If I see myself developing some new interest, I would love of course to have one of these companies generating enough revenue to fund some other interesting things that I’m getting into, but I’ve developed an interest in biomedical.

Ten years from now that’s going to be the big focus, particularly in this Baltimore, Washington area, the Boston area, you’re going to be seeing a huge biomedical community. There’s so much interesting stuff going on there in terms of as I see medicine—and I know the medical community hates when people say this—but as medicine becomes more a division of engineering—just as chemistry did and just as it’s becoming more engineering as it becomes more quantifiable—so as one can start sequencing DNA and making designer drugs for specific individuals that won’t be rejected to address all sorts of things, as people learn more about the blood-brain barriers so that they can deal with cancers… And right now, only the cancer makes it through the blood-brain barrier, the medicine won’t make it through, and the cancer has evolved to be a lot smarter than the medicines—there are people who are now understanding this: people at the Maryland Medical School who are seeing a lot of those things—so, so many interesting things going on as medicine becomes more a division of engineering, prosthetic devices, robotics, so much going on. And as I mentioned earlier, I think virtual reality is going to go through. It’s got a long way to go, but I think when it gets there, it’s going to be an extremely useful tool because of its immersive nature.

Can you tell us about commercialization—transitioning an idea out of the university environment and into the private sector?

Tech transfers are very hard. It’s extremely hard because there are so many human elements involved. Now, Hopkins will probably have an easier time than a state school like the University of Maryland because the taxpayers pay for a lot of that, but that’s also true—the grants that come to Hopkins and there are licensing issues versus IP ownership issues; there are credit issues. You know, “I’m a great researcher and I did a lot of work on this, but I’m not necessarily interested in being involved in the commercialization of it.” Well, how does one deal with the adjudication of the finances, the ownership of the companies?

A lot of what I saw, both at Hopkins as well as at the University of Maryland are a lot of business/human issues involved in the commercialization of technology. There are people who have found ways around it, Stanford being the ideal model. They very cleverly figured out ways to spin off companies, transfer intellectual property, not just licensing but transfer the IP ownership to make it easier for those companies to attract investors. Investors are okay with licenses but they really like IP portfolios. To do things like that, it hasn’t been as easy for these other schools, mainly based on historical presence but I think as they start getting a little bit smarter about how to deal with tech transfer, they will get better at it, but that’s not going to happen tomorrow. For the incredible things that go on in these schools, it’s a shame that they can’t get out into society fast enough.