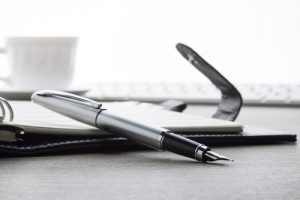 A company can expect to accumulate significant costs in defending against claims for intellectual property infringement. Plaintiffs claiming violations are often willing to expend significant resources enforcing their rights given the central importance of intellectual property assets – whether patents, trademarks, or copyrights – to many companies. Indeed, companies tend to derive a significant portion of their value from their brand identity and trademarks, such as Coca-Cola or Apple, and from the monopoly power they wield over specific technical innovations captured by patents. Given their importance to many companies, defending against a claim of infringement is doubly daunting for companies on the receiving end of these suits. They place their own IP assets at risk, can cost hundreds of thousands or millions of dollars to defend, and often result in major damage awards. Thus, it is especially critical for defending companies to understand the available resources to potentially preserve their continued existence. Companies can, and should, consider their Commercial General Liability (CGL) Policies to seek coverage for defense of the claims and for indemnification if they have an unfavorable verdict or settlement.

When considering coverage under a CGL policy, as with all questions of insurance coverage, the policy language is paramount. The section most likely to provide a basis for enforcing an insurance company’s duty to defend, and possibly indemnify, is “advertising injury.” A typical advertising injury coverage provision will state that the insurance company will pay for damages arising out of injuries caused by some content included in the policyholder’s advertisement. Advertisement will often mean a notice or other announcement to potential customers or a market segment announcing the goods or services and intended to attract customers. Various policies will include exclusions, often including specific exclusions for IP infringement. Critically, many of these policies will include a carve out from this exclusion for IP infringement that says that the exclusion will not apply when the infringement takes place in ‘your advertisement.’ It is necessary to closely examine the policy in question, preferably in consultation with coverage counsel, to identify the strength of the policyholder’s position.

Several recent cases highlight the potential for coverage of IP claims under CGL policies and the courts have ruled for the policyholder. These decisions often involve the broader duty to defend, and considering the major expense involved in defending an IP infringement claim, a useful avenue to assist policyholders in mitigating the damage from an infringement suit.

In Selective Insurance Co. of the Southeast v. Creation Supply, Inc., 2015 WL 522247 (Ill. App. 1st Feb. 9, 2015), the policyholder brought a declaratory action seeking a determination of whether the insurance company had to defend it in an underlying lawsuit. The suit involved alleged trademark/trade dress infringement. The plaintiff in the underlying lawsuit claimed that the policyholder had infringed their trademark/trade dress by designing and selling markers that had a similar look to theirs, which they alleged caused consumer confusion in the marketplace. The underlying plaintiffs and Illinois court emphasized the importance of the visual design of the packaging as a way to attract customers in the store and identify the products.

The policyholder had a CGL policy which covered personal and advertising injury which infringed upon another’s copyright, trade dress, or slogan in ‘your advertisement.’ The policy also had an exclusion which excluded personal and advertising injury arising out of infringement of copyright, patent, trademark, trade secret or other intellectual property rights. It did not, however, apply to infringement in ‘your advertisement’ and did not include use of another’s advertising idea in ‘your advertisement.’ In analyzing the duty to defend, which requires a review of the policy language and the language in the complaint, the court emphasized the importance of the trade dress, or shape and design of the marker packaging, in attracting customers. Although the thrust of the complaint drove at IP infringement, since the policyholder incorporated the alleged infringing activity into an advertisement as defined under the policy, the suit triggered the duty to defend.

Mid-Continent Casualty Co. v. Kipp Flores Architects, LLC, 602 Fed. Appx. 985 (5th Cir. 2015) perhaps best illustrates this principle affording coverage for indemnification where one might not expect. The case had similar, though slightly different, policy language covering advertising clams and excluding IP infringement claims not included in ‘your advertisement.’ Once again, the definition of ‘your advertisement,’ and the nature of the alleged infringing activity drove the court’s analysis. In Mid-Content, the policyholder (a home builder), had a license to build one version of 11 different copyrighted home designs created by an architectural firm. Instead, the builder produced hundreds of these homes, included them in promotional materials, on their websites, and used them as model homes. After the policyholder declared bankruptcy, the architectural firm sought to enforce the policyholder’s rights under its CGL policy. In ruling that the insurance company had a duty to indemnify, the court relied on the builder’s use of the homes built with the copyrighted design plans in advertisements, promotional materials, and as a model home. The builder placed signs in front of the homes to attract more customers, making the homes themselves advertisements as well. Although one might not expect coverage for building homes alleged to infringe copyright, since the policyholder used these infringing homes as an advertisement, the court ruled in favor of coverage.

Another recent case from the Southern District of Florida, E.S.Y., Inc. v. Scottsdale Insurance Co., 139 F. Supp. 3d 1341 (S.D. Fla. 2015), similar to Selective Ins. Co., involved alleged infringing activity designed to attract customers in a store, in this instance hangtags on clothing. The court again analyzed the nature of the ‘your advertisement’ definition under the policy and relevant law. Since the coverage and exclusions covered a similar scope as in Selective Ins. Co., and since the hangtags are designed to attract customers to the product, bringing them within the definition of advertisement, the court ruled in favor of coverage under the CGL policy.

Pennsylvania courts follow a similar approach. For instance, in J. Marcus Wholesalers, Inc. v. Assurance Co. of America, 2006 WL 348140 (W.D. Pa. Feb. 14, 2006), the policy defined ‘advertising injury’ as use of another’s copyright, trade dress, or slogan in your advertisement. The policy defined advertisement, in a similar manner as the other policies discussed above, as a notice broadcast or published to the general public or market segment about your goods or services and meant to attract customers. The underlying plaintiffs alleged that the policyholder sold counterfeit product that infringed their copyright and design patents. In dismissing the motion for judgment on the pleadings brought by the insurance company in the declaratory action, the court stated that the underlying complaint specifically alleged that the policyholder advertised the infringing products in their brochures and online materials, bringing the claim potentially within the policy as an advertising injury and denied the insurance company’s motion.

In each of these cases, the complaint in the underlying case alleged that the policyholder used the IP as part of an advertisement or promotion. Whether the goal is to trigger a defendant’s insurance coverage for a claim when drafting a complaint on behalf of an aggrieved party, or to submit a claim to your own carrier for a claim made against you, one key to achieving coverage is to emphasize the ways in which the alleged infringing activity factors into advertising. As above, advertising can include any form of promotion meant to attract customers depending on the policy language. The nature of the allegations in the complaint are critical in terms of analyzing the duty to defend. The more the underlying plaintiff claims that the policyholder incorporated the infringing activity into its advertising and promotional material, the greater the chance of success in seeking a defense from the insurance company with language similar to the language in the above cases. Given the significant costs and risks inherent in defending these claims, policyholders should consider all options, including coverage under their CGL for IP infringement claims.