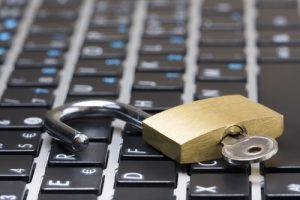 On May 11, 2016, President Obama signed the Defend Trade Secrets Act (“DTSA”) into law, which gives United States companies new legal weapons to use in the fight against foreign and domestic entities that steal trade secrets. Among other things, the DTSA:

The DTSA and its implications suggest that United States companies should consider taking the following actions:

The DTSA and other recent legal developments beyond the scope of this article suggest at least three reasons why companies should take a comprehensive look at the way they protect their trade secrets and confidential customer information from cyber attacks.

First, the circumstances that led to the adoption of the DTSA remind us that inadequate cyber security can result in huge economic losses to businesses with trade secrets. According to the House Judiciary Committee:

The United States Department of Defense has found that every year, ‘an amount of intellectual property larger than that contained in the Library of Congress is stolen from networks maintained by U.S. businesses, universities, and government departments and agencies.’  General Keith Alexander, former head of the National Security Agency and U.S. Cyber Command, estimated that U.S. companies lose $250 billion per year due to the theft of their intellectual property. More recently, the Center for Responsible Enterprise and Trade, along with PwC, issued a report estimating that trade secret theft exacts a cost on U.S. companies of between one and 3 percent of GDP annually, roughly a cost of between $160 and $480 million each year.

It is much easier and less expenses to invest in appropriate protection of intellectual property assets than it is to try to recover losses resulting from cyber theft under the DTSA.

Third, companies that gather sensitive customer information are already legally obligated under both general and industry-specific federal laws to take reasonable measures to protect the information from improper use or disclosure. Inadequate cyber security exposes such companies to various forms of legal liability.

Therefore, companies should invest time and money in analyzing and strengthening their cyber security and data protection procedures. From a technical perspective, a good starting point is to perform the cyber security analysis outlined in Framework for Improving Critical Infrastructure Cybersecurity,[1] which was issued by the National Institute of Standards and Technology (“NIST”) in 2014. From a legal perspective, companies should also evaluate the specific legal requirements that apply to their protection of confidential information.

In the future, as required by the DTSA, companies should include notices in their non-disclosure agreements with their employees, contractors, and consultants that certain limited disclosures of trade secret information are immune from civil or criminal liability. If proper notice is given, then companies will be entitled to seek exemplary damages of up to twice the amount of their actual damages, plus attorney’s fees. This notice should be included in any contract with non-disclosure provisions in which the other party is performing services for or providing goods to the company.

In addition, companies should consider revising the following provisions of all of their non-disclosure agreements:

Choice of Laws; Choice of Forum. The DTSA is modeled in part on the Uniform Trade Secrets Act (“UTSA”) that has been adopted in various forms by 48 states. For example, the definitions of “trade secret” and “misappropriation” are closely modeled on the UTSA. Other provisions, however, such as the DTSA statute of limitations (three years under the DTSA), may differ from applicable state law provisions. But the DTSA does not preempt state law remedies, nor does it require companies to choose between federal and state remedies in advance. Therefore, companies should preserve their options by specifying that both federal and state law governs the agreement. The same holds true for specifying the courts in which an action can be brought, although a case initially brought in state court under the DTSA may be removed to federal court if the defendant so chooses.

Attorney’s Fees. The DTSA allows the grant of attorney’s fees in the event of willful and malicious misappropriation, but a non-disclosure agreement can entitle the prevailing party in a dispute under the agreement to attorney’s fees as a matter of contract, without requiring a showing of willfulness or maliciousness.

The DTSA signals the growing dangers of cyber theft and provides valuable federal remedies. Companies should consider taking two actions in response to its adoption: evaluating and improving their cyber security from a technical and legal standpoint, and revising their non-disclosure agreements. Offit Kurman would be glad to assist in this process.
Available at: “Framework for Improving Critical Infrastructure Cybersecurity” 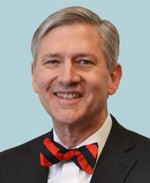 Mr. Greber is a Principal in Offit Kurman’s Business Law and Transactions Practice Group. His extensive business law experience includes representation of companies and corporations in all stages of their business life-cycle, from initial founding, through growth and expansion, to sale. His intellectual property law practice includes the protection of copyrights, trademarks, and trade secrets. He has also represented clients in state and federal court in a variety of civil litigation matters, including disputes among business owners and cases involving infringement of intellectual property rights.