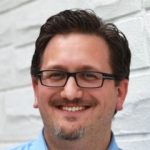 Graham Dodge is the CEO of Sickweather. Similar to the way meteorological radars scan for indications of inclement weather conditions, Sickweather draws from social network conversation in real time to generate a live map of signs, trends, and outbreaks of illnesses in areas across the United States. As people publicly post about their and their loved ones’ symptoms, or report a sickness directly through the app, Sickweather sends location-based alerts and provides its users with regional forecasts scored by risk level. The company, which currently offers apps for the iPhone and Apple Watch, has been featured on Today, ABC, FOX, CBS, CNET, Mashable, NPR, and more.

EDWIN WARFIELD: How has the company grown over the years? Can you share a recent success story with us?

GRAHAM DODGE: One of our most recent successes that we’re really excited about has been our ability to now predict, down to the week, the peak of an outbreak. Building upon our previous successes of identifying the early starts of let’s say, flu season, or identifying a pertussis-slash-whooping cough outbreak weeks before the media caught on to it, we’re now able to—through machine learning and forecast models—actually show you a 15-week forecast of what flu trends in the U.S. are going to do over the next 15 weeks.

We’re really excited about the challenge of keeping that accuracy going with following outbreaks and continuing to explore other predictions for different illnesses, or even other chronic conditions like allergies and being able to predict the seasonality and the peaks of allergy season—not relying upon pollen data or any other weather-related, environment-related data, but purely on the impact it’s having on the people reporting these symptoms. That’s a much more meaningful way to look at allergy season, for example, because it’s directly related to how it’s impacting people’s lives, as opposed to whether you may or may not be allergic to certain pollen or grasses or things like that.

What challenges have you faced as a startup?

There’s an expectation in the startup community to build fast and scale fast. And if you don’t meet certain metrics by a certain time, in most cases the startup fails. It’s been sort of an opposite approach that has worked for us. I guess you could call it more of “a slow and steady wins the race” approach that’s built upon bootstrapping the company early on and building a foundation among myself and my cofounders, where we know, even when there’s no money, we’re still going to keep working or we’re still going to keep developing the company.

Certainly, for the first three years, it was a labor of love in that case. It wasn’t until we got into Techstars that we then received some capital that allowed us to work on it fulltime. But even since then, most of the people on our team are shareholders in the company. When times are tough, they’re also still able to throw in and help us keep the company going to achieve that next level of success.

Now, certainly the more capital we take on, the expectations are going to be greater and greater. I think with that additional capital we’ll be able to scale a lot faster, but at this point a lot of investors are looking for what they call “cockroaches” instead of unicorns.

Previously, all the startups were sort of measured by how much of a “unicorn” they were or could be. Now, a lot of those companies have achieved scale but they never achieved any kind of revenue. Therefore, they kind of fell apart, or are in the process of doing that, or forced to exit, or something like that. It’s these cockroaches—and I’m still working on a better term for that, as we identify as that kind of company—we’re the breed of startup that can survive that famine part of the feast-or-famine when it comes to capital. I think that’s extremely valuable for companies: to be able to bootstrap early on and develop that foundation, develop that resistance, and to be able to iterate quickly even when there’s no capital to work with.