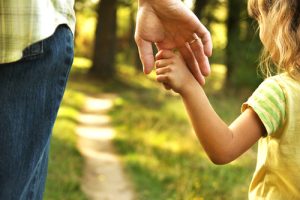 On July 7, 2016, the Maryland Court of Appeals issued an important decision changing family law as it pertains to non-parents seeking custody or visitation of children. The Court said that it was correcting a prior law that was clearly wrong and has been undermined by the passage of time, and permitted a de facto parent to petition for custody or visitation without having to meet a very high burden. In addition, the decision reserves a biological or adoptive parents’ “fundamental right to direct and govern the care, custody and control of their children.”

A “de facto parent” is a term used to describe a person who has a parent-like relationship with a child who is not that person’s biological or adoptive child. A de facto parent can include a step-parent, a close family member, or same-sex partner who is raising a child without being a biologically related or adoptive parent. Prior to today’s decision, de facto parent status was not recognized in Maryland.  Since the status was not recognized, the law required that the person claiming to be a de facto parent prove that the biological or adoptive parent is “unfit” or that “exceptional circumstances” existed before a trial court could determine if custody or visitation with the de facto parent was in the best interests of the child.  It was an extremely difficult burden to meet and many people who assumed a parental role in a child’s life, without the biological or legal connection, were not able to have custody or visitation.

The new decision recognizes de facto parenthood as a legal status and it eliminates the need for a de facto parent to prove “unfitness” or “exceptional circumstances”. Rather, if a party can meet a 4-part test to prove they are a de facto parent, then the Court will decide custody on a best interest of the child. In other words, a de facto parent would have the standing in a custody case as a biological or adoptive parent.

In order for a third-party to be recognized as a de facto parent, they must prove:

(1) that the biological or adoptive parent consented to and fostered, a parent-like relationship between the party and the child;

(2) that the party and the child lived together in the same household;

(3) that the third party assumed obligations of parenthood by taking significant responsibility for the child’s care, education and development, including contributing towards the child’s support, without an expectation of financial compensation; and

(4)  that the third party has been in a parental role for a length of time sufficient to have established a bonded, dependent parental relationship with the child.

It is important to note that the de facto parent status cannot be achieved without the biological or adoptive parent’s knowing participation. This does not mean that family friends, nannies, or neighbors can claim to be a de facto parent and try to get visitation with a child. Rather, this ruling is meant to recognize individuals who are invited into a child’s life by a biological or adoptive parent and take on a parent-like role, and prevent them from being unilaterally cut out of the child’s life.

If you have any questions about this decision, or family law, please contact us.