…In Fact, Employees Do Not Have To Even Apply – Beware 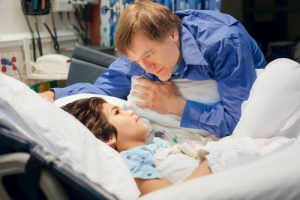 A recent Pennsylvania Federal Court Decision is a “must read” if you are an employer or have to deal with employees on the management side.  In Raimondi v. Wyoming County, U.S. Dist. LEXIS 67653 (M.D. Pa. May 24, 2016), the court, in a cogently reasoned decision, instructs how to deal with re­quests for leave when evaluating whether such requests qualify under the Family and Medical Leave Act (FMLA).  The employee simply requests time off and even if FMLA is not mentioned or a special “FMLA” form is not used, if the circumstances known to the employer indicate FMLA applies, it does.

The plaintiff, Debra Raimondi, was em­ployed by Wyoming County as director of its 911 call center.  In June 2014, she traveled to her parent’s home in another state to care for her mother after her father, who had recently had sur­gery, was placed in a nursing home. The County was told that her father was sick and her mother, who had the onset of Alzheimer’s disease, “might have broken her hand or something”.  Raimondi requested leave “to get ready for her dad to come home from the hospital.”  During her leave the County told her she had to resign or be terminated; she was terminated and, not surprisingly, brought suit.

While on leave Raimondi’s claim was clear: she needed FMLA leave to care for her parents who suffered from serious health conditions and the County fired her while she was on leave.  The court treated Raimondi’s claim as one presenting for FMLA interference.  The Employer’s position did not pass the “smell test”, i.e. common sense, fairness and reason did not seem to apply.

WARNING: DO NOT BURY YOUR HEAD IN THE SAND

The County contended that Raimondi was not entitled to FMLA leave because she did not specifically use the words “FMLA” nor did she request “FMLA” forms.  This defense did not go over well with the court. The court admonished all of the defendants for burying their collective heads in the sand in response to Raimondi’s request for leave to care for her ailing par­ents. Citing the Third Circuit’s decision in Hansler v. Lehigh Valley Hospital Network, 798 F. 3d 149 (3d Cir. 2015), the Court explained that an employee need not expressly assert rights under the FMLA or even mention the FMLA.  An employee need only state a qualifying reason for the leave and fulfill the notice requirements under the act.

What did the County Defendants do wrong here?  Just about everything. First, the defendants mistakenly believed that Raimondi had to say the magic words – “FMLA.”  Next, after receipt of Raimondi’s request for leave, the defen­dants failed to ask Raimondi for clarification of her leave request or a medical certification. Finally, the defendants never provided Raimondi with proper FMLA leave application forms, the designation notice, rights and responsibili­ties notice or eligibility notice documents under the FMLA.  The Defendant County seemed to treat this employee’s family’s serious medical situation as a game of “Gotcha”.

The District Court explained that FMLA leave is not limited to “medical emergency” situations.  Rather, where an employee requests leave to care for a family member, it is only required that the family member have a serious health condition.  Raimondi’s mother suffered from multiple conditions, including Alzheimer’s disease.  Her father suffered from ongoing heart issues and had recently had surgery for a broken bone in his leg.  These ailments, of course, presented serious health conditions under the FMLA.  The Court found that the County discharging her before her leave was over constituted a denial of the FMLA benefit of return to her position at the conclusion of her leave.

The Raimondi case makes clear that employers cannot merely sit on their hands and claim ignorance just because the buzz words, “Family and Medical Leave Act”, are not used when an employee requests leave.  Rather, an employer should interact with an employee, as required by the FMLA, to determine whether the requested leave qualifies under the Act. 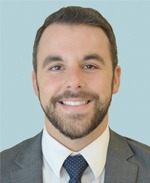