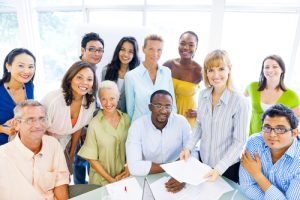 On June 2, 2016 the EEOC published a press release notifying the public that it was going to release for public comment its revised enforcement guidance directed at national origin discrimination under Title VII of the 1964 Civil Rights Act. As the EEOC explained in its press release, “ Title VII prohibits employer actions that treat people unfavorably because of their national origin, including because they are from a particular country or part of the world, because of ethnicity, or because they appear to be of a certain ethnic background.”

Significantly, as the EEOC further emphasized in its press release, in fiscal year 2015, approximately 11 percent of the 89,385 private sector charges filed with the Agency alleged national origin discrimination in the form of claims of unlawful failure to hire, termination, language-related issues, and harassment.

The EEOC’s extensive draft guidance is available to the public on the EEOC’s website. Comments regarding the EEOC’s guidance can be submitted no later than July 1, 2016. After receiving public comment the EEOC will then review such comments and will subsequently publish its final guidance which will be utilized in analyzing charges of national origin discrimination.

In this politically charged environment, with at least one presidential candidate repetitively making questionable pronouncements regarding the national origin of members of one segment of the population, it behooves all employers to proactively review the EEOC’s proposed guidance related to what sometimes is an invidious form of personal discrimination. There are good moral and legal reasons for assuring that your personnel policies and procedures do not expressly or impliedly discriminate against any individual predicated upon his/her national origin. Because national origin charges of discrimination are increasing in frequency employers should assure that their hiring, promotion, pay, discipline and termination practices do not in any way have the purpose or effect of illegally treating individuals on the basis of their national origin.

The attorneys in the Labor and Employment Department of Offit Kurman are well prepared to assist you in drafting and implementing effective personnel policies that will be in compliance with the EEOC’s directives regarding national origin discrimination in the workplace. For more information or guidance on this or any other employment related issue contact: Howard K. Kurman, Esq. at 410-209-6417 or hkurman@offitkurman.com