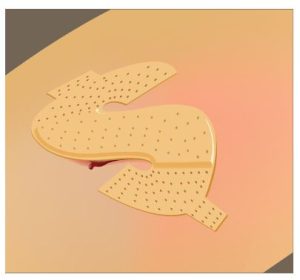 In an article published in 2012,[i] I dis­cussed the uncertain future of traditional health care delivery and reimbursement models after passage of the Affordable Care Act (ACA)—legislation intended to expand the availability and use of health care in America.

At that time it was expected that in­creased utilization, coupled with the capital investment needed to conform to the law’s requirements, would increase the cost of operations and force health care providers to consolidate and spread costs over a broader patient base. This consolidation would trigger a number of market phenomena, including the reactionary consolidation of insurers and the vertical integration of insurers and providers. Boards and management were admonished to remain vigilant and nimble in order to respond quickly to changing market conditions in an uncer­tain regulatory environment.

This article addresses some of the suc­cesses and failures of the ACA and their effect on the provider and payor segments of the health insurance industry. It will focus initially on two related failures of the legislation to date: 1) the failure to control costs by incentivizing provider consolidation associated with the transi­tion from fee-for-service reimbursement models to a fee-for-performance model, and 2) the role of the insurance exchanges in actually increasing the cost of health care by stimulating increased utilization without concomitant savings.

It also describes some of the consumer-centric events that have been stimulated by the ACA, which are cause for long-term optimism as long as they are managed deftly by state and local governments.

The Failure of the Health Care Exchanges

One of the linchpins of the ACA is the creation of government-sponsored exchanges where private insurers com­pete for customers. The exchanges first opened for enrollment in October 2013, so we have the ability to evaluate two and a half years of performance. The results are spotty at best. Some of the more significant outcomes include the following:

The insurers who are participating in the exchanges are losing money even though they are increasing covered lives. The risk corridor reimbursement is at risk, and the ACA’s medical cost ratios, which prescribe the minimum percentage that a health plan must pay for health care, are negatively affecting insurers’ revenues and profit.

There is enormous cost associated with transforming health care delivery and provider reimbursement from the present fee-for-service model to a value-based performance model, which remains a cornerstone of health care reform. All of this is putting tremendous strain on the insurers’ capital reserves, forcing them to expand their population of covered lives.

Already, approximately 60% of the pri­vate health insurance market is served by 10 plans.[xi] The market will become even more concentrated if Aetna buys Hu­mana and Anthem acquires Cigna. The jury remains out, however, on whether such concentration necessarily increases premium expense to the consumer. First, health insurance premiums are regulated at the state level and insurers cannot ar­bitrarily raise premiums independent of what they are being charged by the pro­viders. Further, there are data suggesting that premiums are higher when insurers have more market concentration in ne­gotiations with employers and lower in negotiations with hospitals.[xii]

Premiums are highest in markets where there is high provider concentration.[xiii] It is here where a contradiction is inherent within the ACA surfaces. While the ACA is designed to reduce both the cost of health care delivery and the premium cost to the purchaser, it also contains provi­sions that incent provider consolidation, such as the creation of Accountable Care Organizations.[xiv] Accordingly, it is not sur­prising to hear America’s health insurance plans tell the Federal Trade Commission and the Department of Justice’s Anti-Trust Division that the transformation of health care for the benefit of the consumer de­pends on competitive provider markets.[xv]

The data therefore suggest that con­solidation of insurers is not necessarily a bad thing insofar as premium cost is concerned, whereas the consolidation of hospitals is—particularly given that the physician segment of the provider com­ponent of health care is going to work for the hospitals.[xvi]

Policy Implications and the Move to Retail Health Care

If the ACA is actually promoting, rather than hindering, increased premium cost by incenting provider consolida­tion—while at the same time promoting increased utilization (and increased ex­penditure on health care) by expanding insurance coverage—then it is safe to say that it is failing in its stated goal of reducing health care spending, at least in the near term.

First, those tasked with the job of monitoring competition in health care at both the federal and state level should keep a wary eye on hospital mergers and acquisitions and any other activity that could be considered anti-competitive.

That said, given the incentives within the ACA toward consolidation, and the advantages of coordinating a patient’s care across a network of hospitals, spe­cialty clinics, and physicians, the remedy is not to break up the hospitals as if they are Standard Oil. Policy makers should focus on the harm (that is, escalating cost) rather than the cause of the harm (consolidation) by incenting the develop­ment of a lower-cost care delivery model and controlling the ability of the hospitals to demand higher rates for care. This can be done by permitting insurers to offer products that charge the consumer a higher premium for higher-cost provid­ers and restricting a network’s ability to limit access to its facilities and physicians (to name but two examples).

Although this adds additional layers of government involvement in the process, for those who want a market where com­petitive insurers compete for contracts with employers whose employees’ health care needs are serviced by a competitive group of hospitals vying with each other to provide the best care—as opposed to making the most money—that is not going to happen. However, other than government regulation of hospitals’ anti-competitive conduct, there are other mar­ket forces in play that reduce the risks posed by provider consolidation.

Acceptance of the growing role of the consumer.

Although the data suggest that the ACA may be falling apart as insurers and physicians opt out of exchange plans and premiums are set to rise exponentially, the public discussion stimulated by the debates in Congress and the subsequent legal challenges has stimulated a grow­ing awareness within the industry of the consumer’s role in the future of health care and, among consumers, an awareness of the nexus between the state of one’s health, the need for health care, and how the cost of the latter is a function of the former.

As the cost of health care delivery is shifted more and more to the consumer by means of higher deductibles, penalties for selecting high-cost providers, and eco­nomic disincentives to smoking, eating poorly, or not exercising, it is anticipated that the consumer will make selections designed to minimize that cost. Under the old fee-for-service model and employ­ment-based group health plans, there was no consumer choice. The employer was the purchaser, not the consumer, and there was no incentive for the provider to do anything other than “provide” (or sell) more and more health care. That is changing, and the debate surrounding the Affordable Care Act appears to have played a positive role in that regard.

The need to accelerate the transition to fee-for-performance reimbursement.

Nevertheless, the industry has been slow to transition away from the tra­ditional, reactive fee-for-service reim­bursement model to a proactive fee-for-performance model in which wellness is rewarded with lower premiums, and providers who create, or sustain, healthy (or healthier) patients are rewarded fi­nancially. The potential savings are huge. Three out of four Americans die from chronic, lifestyle-related diseases such as hypertension, cancer, and diabetes. The current cost to the system posed by these diseases and conditions is enormous. Some 86% of our health care dollars is spent on the diagnosis and treatment of such conditions.[xvii]

The refinement and expansion of such programs as the Medicare Shared Savings Program is an essential component of any reform designed to reduce the cost of health care delivery. Developing the analytics needed to implement such pro­grams will require time and lots of money. The insurance industry at the moment is best equipped to develop such metrics because it has the data and the money, and squeezing the carriers by holding back risk corridor payments is horribly short-sighted.

Everyone—consumers, payors, and providers alike—must embrace the rapidly changing care delivery model. In-patient care is down. Pharmacy, out-patient, ambulatory, and other care alternatives are on the rise. Venture capital all over the country is chasing retail medicine and walk-in clinics such as urgent care. Clinics are popping up in CVS, Walgreens, Walmart, Kroger, and Target. Even the hospitals are getting into the game, as witnessed by HCA’s acquisition of CareNow, a Texas-based urgent care system.

These retail outlets are convenient, and they are cheaper. They are available when the consumer chooses to use them, without an appointment and without all of the costs built into a service fee as­sociated with going to a doctor’s office.

Investors are also pouring money into digital health care and telemedicine. Digital health refers to a great deal more than just electronic medical records. There are already applications that pro­mote diet, exercise, and pill intake; pro­grams that track and design therapies for diabetes, high blood pressure, and other chronic conditions; and products that allow oncologists to track and compare test results of patients around the coun­try—information heretofore shared via e-mails between colleagues. This tech­nology is transformative and will have a profound effect on traditional health care delivery models as patients inter­act with their primary care physician remotely through their apps and obtain treatment at a remote clinic, ambulatory care center, or some other health care delivery site still to be thought of.[xviii]

These are but two examples of mar­ket-driven, consumer-based health care products and services that are attracting significant interest from investors and en­trepreneurs and that will drive the move away from consolidated integrated health care provider networks. Along with other consumer-centric products that are be­coming more popular and widespread, such as integrative medicine (think Andrew Weil), these products should in the long run render the dominant, mono­lithic hospital network, if not anachro­nistic, then at least of much more limited usefulness, with a smaller physical plant and fewer beds.

The ACA has accomplished its short-term goal of decreasing the country’s uninsured, but in doing so has created an environ­ment in which private insurers are losing vast amounts of money they can ill afford to lose. It has increased the expenditure of health care dollars as a result of higher utilization and created an environment in which providers and insurers alike are being forced to consolidate.

Nevertheless, certain developments in the health care markets, driven by the need to provide value to the ultimate health care consumer, bode well for the future of cost containment. If the insur­ance industry is able to develop reliable metrics for rewarding provider perfor­mance, there are tools, products, and delivery mechanisms being developed that offer the potential for significant cost reduction.

[xviii] For more on this, see L. Fisher, “A Doctor in Every Pocket and Purse,” Korn Ferry Institute Briefings, August 2015.