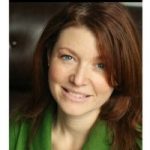 Jenny Thompson is the CEO of Code It Here, digital agency in Baltimore, MD that incorporates mentoring into every project. Compelled by a desire to foster the next generation of developers and give back to the community, the staff at Code It Here make it their mission to provide hands-on training and paychecks to kids interested in coding while accomplishing real work for clients. Services provided by Code It Here include website design, mobile app development, online marketing, and business consulting.

EDWIN WARFIELD: How did Code It Here get started?

JENNY THOMPSON: Code It Here started as an idea, as every single company does, but it was an idea that I had put on the shelf for a while. After the unrest in the city last year, I talked to some friends and started talking about the fact that we needed opportunity for the kids in the city and that they needed to see a real paths toward real career and it reawakened the idea. We started talking about how we could turn it into something real and how we could have an impact on the kids in the city and the community as a whole. I started meeting with some business leaders about this idea to form a nonprofit that was going to help kids learn to code. I was sitting with my good friend Luke Cooper [CEO of Fixit], who said—I’ll give you the PG version—“Why would Baltimore need another nonprofit? You’re just going to be cannibalizing funds that are going to other people. You’re going to be competing for the same dollars and doing the same things.” So I backed up and I spent some time thinking: How do we turn this into a for-profit that still gives the kids the opportunity they need? And actually, one of the other reasons that we had to make this pivot is because in a nonprofit we wouldn’t have been allowed to award the kids directly for their work—the money would have to go back into the broad program. When I see the look on the kids’ faces when they earn a reward and how it impacts them directly, I think that’s such a critical part of the program.

So how did I get involved with a coding operation? I often start my explanation with “I’m uniquely unqualified to run this business.” I have written one line of code in my life: it’s “hello world”—you can do it with a general assembly dashboard as I did. And I don’t have a teaching degree, it’s not something I’ve done, but I’m confident in my abilities to start my businesses. And I’m very passionate about bringing social change to Baltimore and helping the kids in Baltimore recognize that there are future opportunities. I think a lot of times we can create opportunities for them, but if we don’t bring them in and show them that path, it falls on deaf ears. It’s my passion to make it happen that has put me in this position. I’m not even in the office regularly; that I leave to the coders. They don’t need me standing over their shoulders watching how they’re teaching the kids.

Coding gives such a great opportunity. The average coder in the US is making about $85,000 a year and there’s a substantial shortage of developers in the US. You have major companies— Google, Microsoft, Facebook—they are lobbying the US Government to increase the number of H-1B visas. A lot of companies are forced to outsource to foreign companies when they don’t want to, but they just can’t find the talent in-house. They’re working with language barriers, with time zone changes—it’s such a perfect opportunity both to increase the number of developers that are available in the US and to create a job pipeline for our kids who need it the most.

Our grand vision is to create jobs that provide really solid, strong career paths and really good salaries for people in Baltimore. I can see that by introducing coding to these kids at a younger age, working with some of the nonprofit groups to extend the pipeline to include workforce development, that—a generation or two from now—we’ve changed this city.