May 12, 2016|Tom Pitegoff|Comments Off on New Tool to Protect Franchisors’ Trade Secrets

On May 11, 2016, President Obama signed into law the Defending Trade Secrets Act of 2016 (the Act). The Act amends the Economic Espionage Act of 1996 to create a federal private right of action for the misappropriation of trade secrets.

The Act offers to all companies with trade secrets new tools to protect against their misappropriation in interstate commerce as well as foreign commerce. Trade secret owners can use the Act in defending against both domestic and foreign threats.

While companies with valuable technology are likely to benefit the most from the Act, franchisors more generally will also benefit. The definition of “trade secret” in the Act [18 USC § 1839(3)] is not restricted to technology:

the term “trade secret” means all forms and types of financial, business, scientific, technical, economic, or engineering information, including patterns, plans, compilations, program devices, formulas, designs, prototypes, methods, techniques, processes, procedures, programs, or codes, whether tangible or intangible, and whether or how stored, compiled, or memorialized physically, electronically, graphically, photographically, or in writing if—

(A) the owner thereof has taken reasonable measures to keep such information secret; and

Virtually every franchisor claims that it has trade secrets. Franchise agreements typically contain a confidentiality section that prohibits franchisees from revealing such things as:

In order for this information to be regarded as trade secrets entitled to the protection of the Act, the franchisor must take reasonable measures to keep such information secret. A provision in the franchise agreement alone may be enough, but protection is stronger if the franchisor periodically reminds franchisees of their confidentiality obligations and takes other steps to protect them. This may mean, for example, encryption, blocking those who leave the system from access to a secure portal, and reminding franchisees (and employees) of the nondisclosure obligation.

So what will this new law enable a franchisor to do?

For the first time, the misappropriation of trade secrets will give their owner the ability to bring an action in federal court seeking equitable relief and damages. The Act also allows trade secret owners to seek expedited relief on an ex parte basis in the form of a seizure of property from the party accused of misappropriation where necessary to preserve evidence or prevent dissemination of a trade secret.

“The ex parte seizure provision is expected to be used in instances in which a defendant is seeking to flee the country or planning to disclose the trade secret to a third party immediately or is otherwise not amenable to the enforcement of the court’s orders.”

The plaintiff must meet a high bar to obtain ex parte seizure, and the Act includes penalties for its misuse or abuse.

How important is this new law to franchising?

It is worthwhile and helpful . But it is not a game changer. For the most part, trade secrets are far less important to the success of any given franchisor than other factors. Franchisors may take advantage of the newly available right to seek relief in federal court, including ex parte seizure in some cases. On the whole, though, the Act is not likely to have a major impact on franchising. Trademarks and trade dress are generally more important to franchisors than their trade secrets. 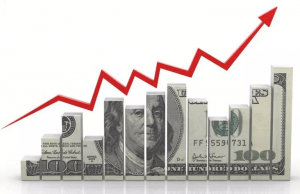 Success in franchising comes from a variety of factors other than trade secrecy. Success in franchising has a lot to do with the talents and skills of the franchisor’s management and its implementation of a business format that is largely open for all to see. Competitors can often copy what they see and like and make further improvements with no knowledge of the franchisor’s trade secrets. Franchisors need to know how to select excellent franchisees, how to communicate with their franchisees and how to help their franchisees be profitable. They need to know how to market the core business and change with changes in the competitive climate. And they need drive and ambition.

Manuals and training help a franchise system maintain a uniform format. But much of their content may be common to other franchise systems and they may express techniques used by all companies in a specific type of business. Trade secrets misappropriation can be an important matter for some franchisors in some cases. But franchise actions for trademark infringement, collection of unpaid fees and breach of noncompete and other contractual obligations will likely continue to be the primary types of franchise disputes.