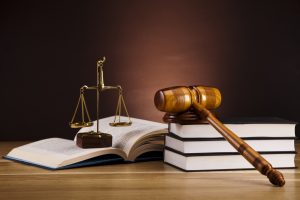 On April 27th, 2016, Congress passed the Defend Trade Secrets Act of 2016 (DTSA). President Obama, who supports the bill, will soon sign it into law. The DTSA changes the legal landscape of intellectual property (IP) in the United States on a fundamental level, and provides extensive—and controversial—rights to holders of trade secrets.

Unlike prior laws, the DTSA allows businesses and individuals to address misappropriation of trade secrets through private action, as long as those trade secrets relate to national or international commerce. The DTSA will go into effect as soon as it is passed.  Until now, federal courts only prosecuted trade secret appropriation in criminal cases, leaving civil remedies to the states. Save for New York and Massachusetts, every state has adopted some form of the Uniform Trade Secrets Act (UTSA), but statutes vary by jurisdiction. Rather than preempting the UTSA, the DTSA will augment state laws and establish nationwide uniformity on the issue.

A main feature of the DTSA allows for ex parte civil seizure procedures. Ex parte refers to temporary orders issued by a judge on behalf of one side in a dispute, in the other party’s absence. This provision of the DTSA grants courts the authority to prevent dissemination and propagation of trade secrets by issuing an ex parte order to seize property associated with the trade secret in question. The option may be used in “extraordinary circumstances” and must satisfy a number of prerequisites. In order for a court to issue an ex parte civil seizure, the applicant (that is, the person requesting the seizure) would need to be: 1) immediately and irreparably injured if not for the seizure, 2) likely to succeed in showing the information is a trade secret and the other party came into possession of it unlawfully, and 3) able to describe what needs to be seized. In addition, the harm to the applicant from denying the application must outweigh the harm done to any other party by seizure. In other words, trade secret owners can demand a seizure of their opponents’ property when the opponents do not show up to court, but only for highly compelling reasons and only as a last resort.

The DTSA also includes provisions concerning damages and other remedies besides seizure, as well as whistleblower immunity. The full text of the bill can be accessed here.  Intellectual property owners should familiarize themselves with the implications of the DTSA and the options it affords during court proceedings. If you have any questions regarding the content of this alert, or any other intellectual property matter, please contact Jonathan R. Wachs at 301.575.0302 or by e-mail at jwachs@offitkurman.com.

ABOUT OFFIT KURMAN
Offit Kurman is one of the fastest-growing, full-service law firms in the Mid-Atlantic region. With 120 attorneys offering a comprehensive range of services in virtually every legal category, the firm is well positioned to meet the needs of dynamic businesses and the people who own and operate them. Our eight offices serve individual and corporate clients in the Maryland, Delaware, New Jersey, and Northern Virginia markets, as well as the Washington DC, Baltimore, Philadelphia, and New York City metropolitan areas. At Offit Kurman, we are our clients’ most trusted legal advisors, professionals who help maximize and protect business value and personal wealth. In every interaction, we consistently maintain our clients’ confidence by remaining focused on furthering their objectives and achieving their goals in an efficient manner. Trust, knowledge, confidence—in a partner, that’s perfect.